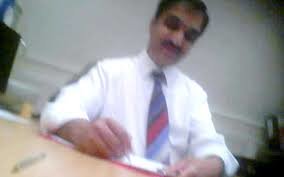 BIRMINGHAM, UK, November 4, 2015 (LifeSiteNews) – A British abortionist caught on video agreeing to perform a sex-selective abortion has received his punishment: his medical license will be suspended for three months

He is being disciplined, not for his willingness to kill a child because of her sex, but because he lied on government paperwork.

The Telegraph caught Dr Palaniappan Rajmohan willing to perform gendercide as part of an undercover sting operation last year. A woman who called herself Ms. A said her husband pressured her to have an abortion, because he did not want another girl.

“That’s not fair. It’s like female infanticide isn’t it?” he replied

The newspaper publicized the video, which was shot inside his office in the Calthorpe Clinic in the city of Edgbaston, a suburb of Birmingham, in February 2012

The newspaper also caught a second abortionist, Dr. Prabha Sivaraman, agreeing to perform a sex-selection abortion, telling the actress, “I don't ask questions. If you want a termination, you want a termiation.”

Despite the evidence, the Crown Prosecution Service (CPS) initially declined to prosecute, then intervened in order to stop pro-life advocate Aisling Hubert of the pro-life group Abort67 from carrying out a private prosecution. In a bizarre twist, that case ended when a judge ruled that Hubert must pay the abortionists' legal fees, amounting to $37,000 (U.S.).

At the time, Jenny Hopkins, Deputy Chief Crown Prosecutor for CPS London, said the government canceled the case due to “public interest factors,” such as “not deterring other doctors from carrying out legitimate and medically justified abortions.”

Now, nearly four years after the case first went public, the Medical Practitioners Tribunal Service has taken action against Dr. Rajmohan – not on misogyny but for fibbing about the reason for the abortion.

The “false reason” he offered to write on the abortion record “was so far away from what you knew to be true, that the panel concluded you must have realized at the time that your actions would be considered as dishonest by the ordinary standards of reasonable and honest members of the medical profession,” the group's hearing, chaired by Paul Curtis, concluded.

One Christian pro-life group, CARE (Christian Action, Research, and Education), welcomed the sentence. “This is an important decision and sends a clear message that aborting a foetus because of its sex is ethically unacceptable,” Nola Leach, the chief executive of CARE, told British media.

He added that “the law needs to be corrected.”

But Dave Andrusko of National Right to Life criticized the sentence as “a slap on the wrist.”

Congressman Trent Franks, R-AZ, has proposed a national ban on abortion based on the child's sex, but liberal outlets like ThinkProgress derided gendercide as a “nonexistent issue” in the West.