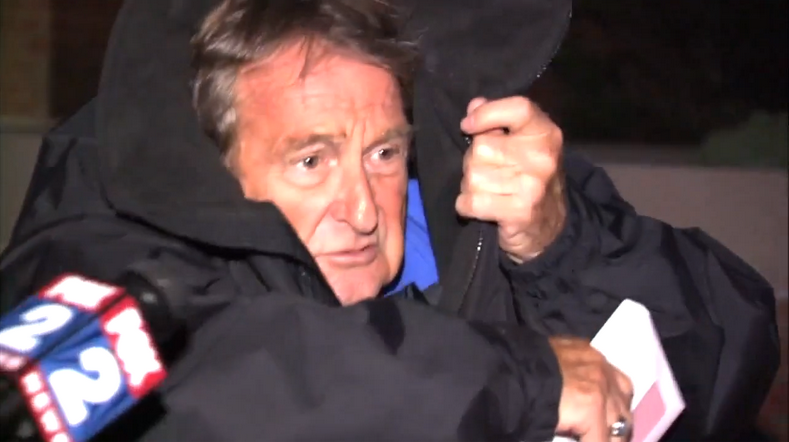 WEST BLOOMFIELD, Mi, October 16, 2015 (LifeSiteNews) – The Detroit-area abortionist whose home was raided by police after they found suspected remains of illegally aborted babies in his vehicle’s trunk has had admitting privileges at a local Catholic hospital for years, despite protests from local pro-life leaders.

Now one local pro-life leader says the hospital has wiped Dr. Michael Roth's name from their website, following news of the police raid.

Dr. Roth’s checkered career has included repeated disciplinary actions from the state regulators, including a suspension and a probation, for violating patient consent laws, performing at-home abortions and illegally possessing and dispensing drugs.

Despite this, and despite openly performing abortions, Roth has enjoyed admitting privileges at Providence Park Hospital in the Detroit suburb of Novi for at least five years, according to local pro-life activists.

The hospital is part of the Ascension organization, which its website describes as “the largest non-profit health system in the U.S. and the world’s largest Catholic health system.”

Now Roth is under investigation by the West Bloomfield police for possibly doing illegal abortions out of the trunk of his vehicle, which was searched after he hit a special needs child. In his trunk they found 14 jugs of “human tissue” which police said was “possibly fetuses.”

Lynn Mills, head of Pro-Life Detroit complained to the hospital and Archdiocese of Detroit five years and again a year ago when she learned a former Planned Parenthood medical director, Dr. Glen Taylor, actually had an office at Providence Park.

“I got nothing a year ago,” she told LifeSiteNews. “Nobody would talk to me at either place.” Five years ago she did better—at first. “The archdiocese set up a conference call and I thought, gee, they were going to thank me for drawing this to their attention. But they just told me they couldn’t do anything about Dr. Roth,” for legal reasons, she believed.

Telephone messages left by LifeSiteNews with the archdiocese’s chancellor and the hospital’s media spokesman have elicited no response.

However, Mills reports that the link to an extensive description of Dr. Roth’s services has just now been removed from Providence Park Hospital’s web page.

“Perhaps his admitting privileges have finally been removed too,” she speculated. “Maybe this answers the question: What does it take to get an abortionist removed from a Catholic hospital? Answer: he has to hit a special needs child with his car, and then get caught with 14 jars full of aborted babies in the trunk.”

After police found the grisly cache they raided Dr. Roth’s home and office, seizing medical equipment and records. No charges have been laid against him, nor was he ever arrested.

Last year Mrs. Mills, when she discovered that several more of Detroit’s abortionists had gained admitting privileges at Providence Park, organized a protest there. “They didn’t thank me either,” she told LSN. “Their security people ordered us to remove our cars from their parking lot.”