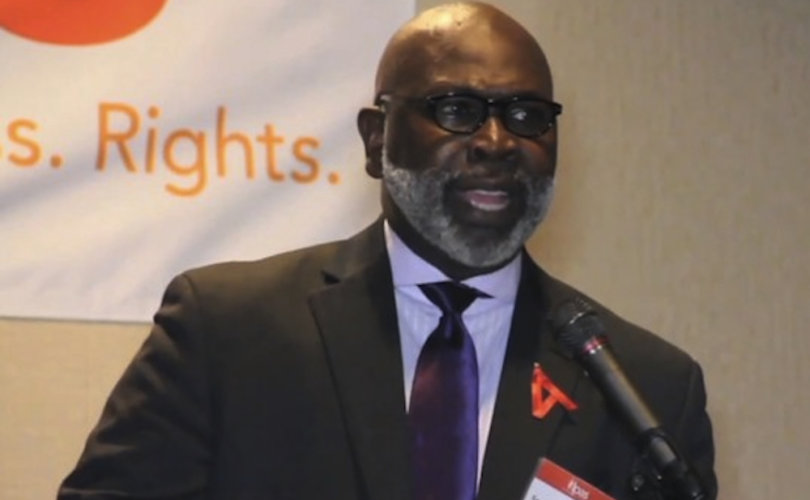 MISSISSIPPI, October 18, 2018 (LifeSiteNews) — A professional abortionist has claimed that “Gosnell” is a smear campaign against people like him.

Writing in the Huffington Post,  Dr. Willie J. Parker said that pro-life people — whom he calls “anti-choice opponents” — have “exploited the criminality” of Kermit Gosnell’s “actions to stigmatize abortion and intimidate abortion providers.”

Despite criticism that the film did not do enough in depicting the (almost entirely off-screen) horrors that occured in Gosnell’s abortion practice, Parker claims that “Gosnell: The Trial of America’s Biggest Serial Killer” is a “safety risk” for “physicians,” clinic staff, and abortion-minded women.

“One of their latest efforts is the movie ‘Gosnell: The Trial of America’s Biggest Serial Killer,’ he wrote. “The movie’s title, and the inflammatory and dehumanizing rhetoric of its promotional materials are disturbing. The film is deeply offensive and exploits the pain and suffering of women. The project seems designed to arouse outrage against doctors who provide safe and legal abortion care, and I believe it creates a safety risk for physicians, clinicians, clinic staff, clinic escorts and my patients.”

Parker did not indicate whether or not he had actually seen the film. Several critics have noted that the film’s creators kept their focus on the Gosnell story, not on the horrors of abortion, using transcripts from the trial. The film also depicts another real-life abortionist, a doctor who performs late-term abortions, whose notions of sanitation are rather more stringent than Gosnell’s, but does not attempt to save babies born alive.

While condemning Gosnell’s “actions,” the abortionist saved the bulk of his ire for pro-life activists, filmmakers, lawmakers and “the addition of the fifth conservative justice for the Supreme Court.” For example, the abortionist described pro-life efforts to protect the unborn in these terms:

“Anti-abortion lawmakers are pushing abortion care into the shadows. They’re doing it by inflicting more and more restrictions on clinics and doctors, by making abortion more expensive, by denying insurance coverage for reproductive health care, by closing clinics, by harassing those of us who provide care and those who seek it from us.”

“Because I am a black man, a physician and an abortion provider, anti-abortion activists have called me many ugly things,” he wrote. “Protestors have hurled racial epithets at me and accused me of being a ‘race traitor.’ They have also called me ‘Kermit Gosnell.’”

However, Parker boasts on his website that he has received Planned Parenthood’s Margaret Sanger Award. Margaret Sanger was a racist eugenist who wished to reduce the black population of the United States.

The abortionist travels throughout the southern United States to perform the grisly procedure, and says the exploitation of women of color by abortionists is “a conspiracy theory.”

Referring to the many black women harmed by Gosnell, Parker said the film is “a ripe opportunity for anti-choicers to peddle a familiar conspiracy theory about abortion clinics in impoverished communities of color making it convenient for black women to kill themselves and their ‘babies.’”

Parker himself put the dehumanizing scare quotes around the word “babies.”

The abortionist claimed that “abortion is one of the safest procedures for women who need it, especially in light of the escalating risks of maternal mortality in this country for black women.”

However, there is no evidence that “maternal mortality” is tied to access to abortion. Poland and Ireland, which currently allow abortion only under very restricted circumstances, have lower maternal mortality rates than the U.S. and ultra-liberal Canada. According to Canada’s National Post, maternal mortality also is rising in Canada, possibly because of an increase in “caesarean sections, IVF births, older mothers and other health conditions.”

In her recent book The Abolition of Woman, Fiorella Nash argues that an overemphasis on funding contraception and abortion has led to underfunding of appropriate prenatal care in poor countries and communities. “The two biggest causes of maternal death are hemorrhage and sepsis,” she wrote.