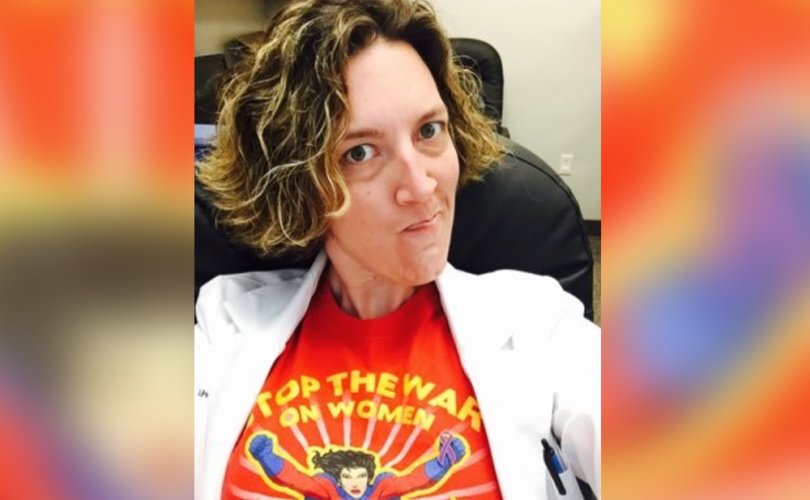 Planned Parenthood employee Dr. Leah Torres, who has over 18,000 followers on Twitter, tweeted out a comparison of her deadly work with naturally occuring miscarriages, suggesting that God is an abortionist.

Replying to someone who asked her what God thought, Torres tweeted on December 29, “Everyone seems to assert they know what god thinks, so have at it.”

“God performs way more abortions than I do, so there’s that,” she claimed.

The tweet to which Torres was responding has since been deleted.

In response, Father Frank Pavone of Priests for Life retorted that abortion supporters not only confuse “dying and killing,” they confuse humans with God.

A Twitter reader who called herself “pro-choice” also called out Torres on the differences between miscarriages and abortions and between the work of nature and of the direct intervention of God.

“Hey, I'm pro-choice, but I also lost a son at birth, and had a miscarriage, and that was f*** up nature doing it, not God,” tweeted Margaret P. Houston. “Please don't make this argument.”

“God grieves with me. He doesn't do this to me,” the bereaved mother added.

In March 2018, Torres made headlines by stating that the unborn babies she kills don’t scream because she first cuts their “cord,” a gruesome remark which recalled testimony offered at the trial of Dr. Kermit Gosnell.

The human larynx (or voice box) is formed after the unborn child is 10 weeks old. It was unclear whether Torres was saying she cuts babies’ vocal cords, spinal cords, or umbilical cords.

Torres, whose Twitter feed is jam-packed with pro-abortion propaganda, also opposes the very expression of realities she finds troubling. Yesterday she used Twitter to ask why Fox News talk show host Tucker Carlson’s remarks concerning the social fallout from women’s wages exceeding men’s were “even allowed on the air.”