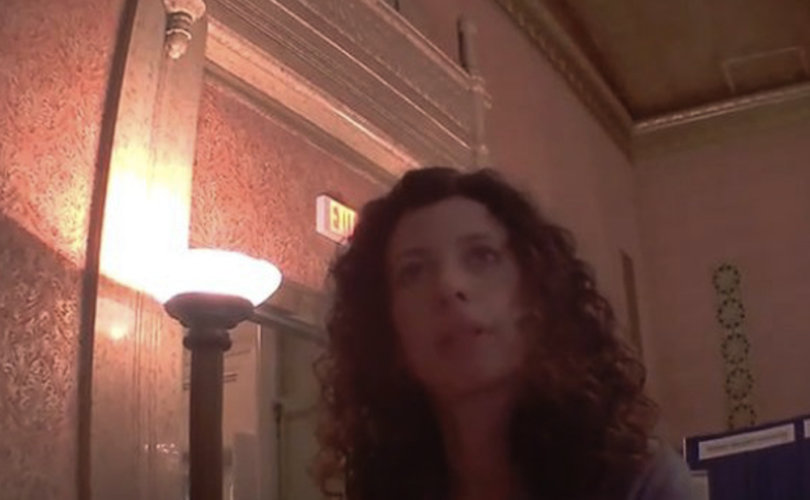 Dr. Lisa Harris was seen in one of the undercover videos captured by the Center for Medical Progress (CMP).

ANN ARBOR, Michigan, November 16, 2016 (LifeSiteNews) – Amid continued post-election violence across the U.S. in response to Hillary Clinton’s failed bid for the presidency, one of the abortion providers caught on tape last year discussing baby body parts procurement in the Planned Parenthood fetal tissue trafficking scandal has said abortionists will break the law if necessary to keep performing abortions.

The abortion lobby has been sounding the alarm for a possible judicial and legislative attack on the lucrative procedure since Donald Trump’s upset victory over Clinton last week. Planned Parenthood called for donations and second trimester abortion doctor Lisa Hope Harris told a science and technology periodical that while abortionists are worried about the potential for overturning Roe v. Wade in a Trump administration, because of “conscience” they would be willing to keep performing the procedure even if it became against the law.

Harris was shown in one of several undercover videos captured by the Center for Medical Progress (CMP) discussing procurement of fetal specimens from abortion for experimentation as a Planned Parenthood Michigan abortionist in 2014. The video was among those blocked by court order and later hacked and released.

Harris was also shown in an undercover video presenting at a 2014 National Abortion Federation convention saying abortionists play down the nature of their work to protect the abortion movement, and stating that “killing” is “the most important thing I could do with my life,” urging her fellow abortionists to publicly say likewise.

Harris has also written that she does “society’s dirty work” in performing abortions, speaking flippantly about using ordinary kitchenware to “turn women into non-mothers,” saying it gave her “delight imagining the shock to conservative sensibilities that comes with realizing that kitchen tools, objects of domesticity, are simultaneously tools of reproductive agency.”

The Center for Medical Progress said in a Facebook post that Harris’ comments about abortionists breaking the law to perform abortion after the Trump victory are symbolic of the nation’s largest abortion chain disregard for the law.

“Planned Parenthood's Michigan medical director, Dr. Lisa Harris, who has previously supplied baby parts, openly calls for abortion providers to break abortion laws today in Scientific American,” CMP said. “What should that tell us about Planned Parenthood's regard for other laws??”

Pro-lifers have taken heart in the Trump win, with the president-elect having promised to appoint pro-life judges to the U.S. Supreme Court and defund Planned Parenthood if it continues performing abortions.

With as many as three Supreme Court vacancies coming up during the next presidential term, pro-life advocates hope to see a new balance in the high court more respectful of the Constitution, making overturning Roe a possibility for the first time in the generation since its passage.

Efforts toward defunding the abortion giant, also a longtime goal of the pro-life movement, have been in high gear since Planned Parenthood’s exposure by CMP last year bartering for body parts from children aborted at its facilities.

Harris, who is also an associate professor of obstetrics and gynecology at the University of Michigan, has written that performing abortion is a matter of conscience. She told Scientific American that such ethical beliefs would continue to drive abortionists to provide abortions despite a Trump presidency.

“Naming conscience as a motivation for abortion provision has been very empowering in the community of abortion providers,” the abortionist said.

Harris also predicted that private financial support for Planned Parenthood and for other “reproductive health care” would actually increase under a Trump administration, claiming the president-elect lacked support for restricting abortion.

“After all, Hillary Clinton won the popular vote, which means that more people in this country support her agenda than Trump’s,” Harris claimed. “He may not have the social mandate that he thinks he does, whatever the electoral college says.”

The results of the popular vote are still the subject of conflicting media reports.