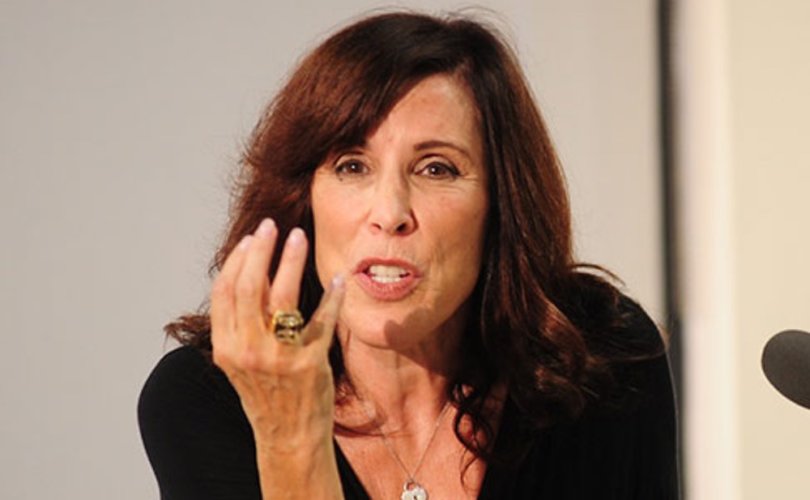 Hoffman’s terrorist reference was made in federal court last week toward the pro-lifers named in New York Attorney General Eric Schneiderman’s harassment lawsuit. It is not the first time she’s made the comparison.

Lawyers questioned Hoffman about her public references to pro-life advocates as “bullies” and the “American Taliban,” according to the Thomas More Society. She then defended making the comments by comparing Taliban “misogyny and fundamentalism” to the religious beliefs of the sidewalk counselors outside of Choices Women’s Medical Center.

The legal group is representing 10 of 14 pro-life defendants in People v. Griepp et al, a federal harassment lawsuit brought by Schneiderman. The attorney general alleges that clients of Hoffman’s clinic have been harassed and groped by protesters, who Hoffman said she had heard had been “out of control.”

Attorneys shared an email from Hoffman to Assistant Attorney Generals Sandra Pullman and Nancy Trasande, along with Choices colleague Mary Lou Greenberg, in which Hoffman said the protesters had been “particularly aggressive — they need to be bridled!”

Late last month the judge in the case, District Judge Carol Bagley Amon, said that leafleting is a “form of really protected speech,” and that sidewalks are recognized as the “quintessential public forum.”

Her words from the bench gave emphasis to the arguments made by Thomas More Society special counsel Martin Cannon.

Cannon is arguing Schneiderman’s claims are unfounded and only meant to dissuade opposition to abortion, he remarked on the far-reaching implications of the outcome of this trial.

“The rights we are guaranteed under the United States Constitution and First Amendment are on trial here,” Cannon stated. “Pro-life speech is protected speech, regardless of the New York Attorney General’s personal opinions about abortion.”

Schneiderman is a known abortion supporter, who openly opposed any defunding of Planned Parenthood and other abortion providers, and bragged last year during a press conference announcing his harassment suit against the pro-lifers that at age 17 he had dropped out of school to work at an abortion clinic in Washington, D.C.

“When I was 17, I graduated from high school — but I didn’t go straight to college,” he said. “Instead, I went to work at an abortion clinic in Washington, DC – the year before Roe v. Wade.” He then went on to associate the ability to get an abortion with being “truly equal” and “truly free.”

The admission in court by Schneiderman’s star witness last week – an abortion escort for Hoffman’s facility – of having faked a Facebook identity for the purpose of spying on the pro-lifers named in the lawsuit – doing so with the full knowledge and assistance of Schneiderman’s office – further illustrated the chilling implications of the case.

“Justice costs money,” Hoffman retorted after attorneys inferred that she was using the government to fight a case that would benefit her abortion facility.

The Thomas More Center recounted how Hoffman appeared visibly irritated through much of her testimony, loudly sighing and tapping her fingernails on the witness stand, as was reported in media coverage.

Hoffman, 71, has been conducting abortions since 1971, two years before Roe v. Wade legalized abortion in the U.S.

She was dubbed the “Millionaire Abortionist” in a 2011 Forbes article.

Her facility, the for-profit Choices Women’s Medical Center in Jamaica-Queens, New York, sees an estimated 50,000 clients each year and in 2016 it reportedly made $10 million in revenue.

The federal case against the pro-life sidewalk counselors who’ve appeared outside Choices to perform outreach to abortion-bound women is expected to last another several weeks.