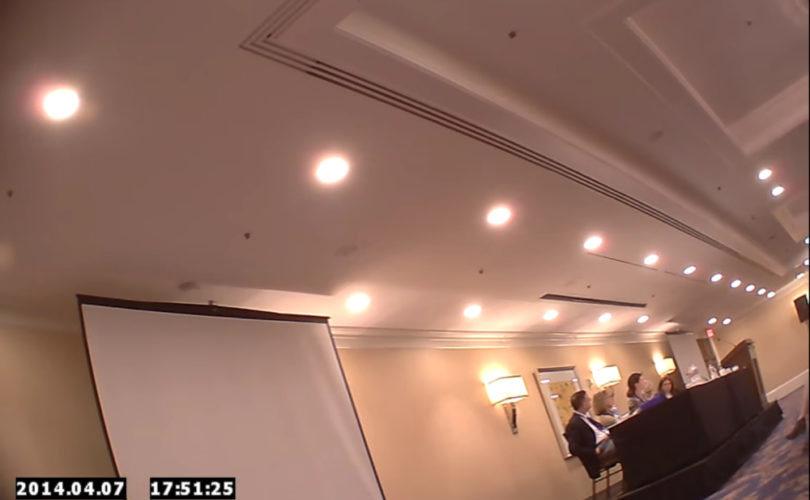 SAN FRANCISCO, October 28, 2015 (LifeSiteNews) – Abortionists do not share true stories of their work, because it might harm the public's perception of the “pro-choice movement,” a prominent abortionist admits in a new undercover video.

Dr. Lisa Hope Harris, a second trimester abortionist and assistant professor of Obstetrics and Gynecology at the University of Michigan, said self-censorship is necessary “to protect the pro-choice movement” during the National Abortion Federation's 38th annual meeting last year.

Dr. Harris spoke at a panel on “second-trimester abortion self-care,” dealing with how doctors who perform abortions from the third month of pregnancy onward maintain their mental well-being.

One of their strategies is not to speak about their work, she said in the video, which is one of 11 undercover abortion industry videos leaked to an online news site and posted on YouTube by a hacker.

Dr. Harris said abortionists may worry others will reject them because of the nature of their work.

“Another reason we choose silence – besides protecting ourselves and our kids – is to protect the pro-choice movement,” she told her colleagues. “Our stories don't really have a place in pro-choice rhetoric.”

The crowd responded with knowing rapport as she mentioned “the heads that get stuck that we can't get out, the hemorrhages that we…manage, the patients having their eighth abortion.”

“Those are all parts of our experience,” she said, “but there's no real good place for us to share those.”

“We also have this burden of censorship, because we care about this movement. We don't want to be a danger to it,” she concluded.

Other abortionists at the NAF annual meeting agreed that deception is an inherent part of the abortion industry.

A Canadian abortionist said she tried to stop the media from reporting that aborted babies' remains were being burned by an energy plant in Oregon by muddying the waters.

“I've basically got the reporter spinning in so many details that she probably thinks, 'It's too complicated. Never mind!'” she said.

The Canadian abortionist, and a roomful of her colleagues, then burst out into laughter.

The NAF received, a temporary restraining order blocking CMP from releasing video footage of its annual convention, held in San Francisco. However, the footage was leaked to the website GotNews.com.

Its proprietor, Charles C. Johnson, says he is not subject to the court order and will continue to disseminate the videos.

The discussion begins at approximately eight minutes into the video.