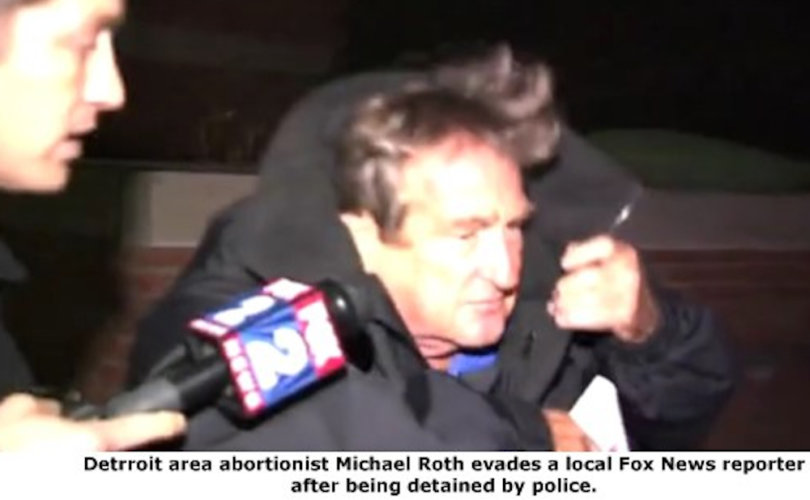 MICHIGAN, December 11, 2017 (LifeSiteNews) – The “trunk abortionist” who kept aborted babies and stolen prescriptions in his car and admitted to three counts of larceny got off with only a $600 fine.

Michael Arthur Roth has long been on the radar of Operation Rescue, a group that monitors the abortion industry, for his sketchy methods, including committing at-home abortions. Roth has been a defendant in several medical malpractice suits for botched abortions.

“It is unfortunate that this man, who committed three felonies, got a mere slap on the wrist,” Operation Rescue’s Senior Vice President Cheryl Sullenger told LifeSiteNews.

In October 2017, Roth pleaded “no contest” to the charges he’d been hauling aborted babies and drugs in his car. These charges came about after a 2015 car accident involving Roth and a disabled minor.

It appeared Roth had been committing abortions out of his trunk. Roth lost his medical license.

A “no contest” plea isn’t the same as pleading guilty, but it means “you do admit the truth of the facts alleged in the indictment, information or complaint,” according to legal experts.

“Michael Roth, our trunk abortionist, literally got away with having 15 babies in his trunk – meaning he was doing abortions” somewhere other than “a clinic setting,” pro-life activist Lynn Mills said in a Facebook live video after the sentencing.

According to Mills, “the judge mentioned something about his mother…being deceased” even though Roth is in his 70s. She said the judge said Roth shouldn’t go near a certain abortion facility.

“I don’t think they want him near there” anyway, Mills observed. She also questioned why his record of committing in-home abortions and “long list of state violations” wasn’t brought up.

“As long as the justice system continues to treat criminal abortionists with kid gloves, they will continue to break the law, because they have no incentive not to,” Sullenger concluded. “Unfortunately, those who will pay the price will be vulnerable women [Roth] preys upon and their innocent babies.”