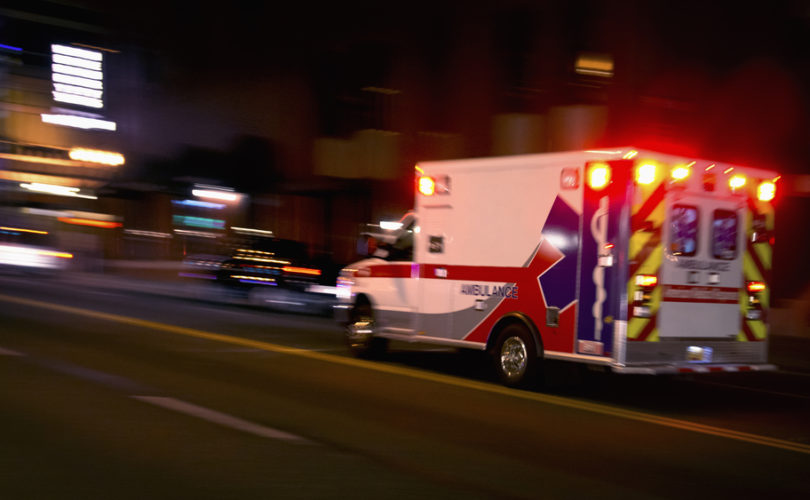 CUYAHOGA FALLS, OH, September 1, 2015 (LifeSiteNews) — After years of decreases, the number of abortion businesses is increasing, at least by one, in Ohio.

The facility was formerly called Capital Care Network, and Burkons did abortions there, until it was shut down by the Ohio Department of Health for many health and safety violations, and at the same time shut down by the U.S. Drug Enforcement Agency for drug violations.

Of concern to prolifers is both the opening of another abortion business, and, the abortionist granted a license to terminate babies in the womb.  Paula Westwood of Greater Cincinnati Right to Life told LifeSiteNews, “Despite his compassionate facade, David Burkons has a dark history that includes running an abortion facility shut down for multiple health, safety, and drug violations, plus holding the record for the most botched RU-486 abortions in the state, and more.”

Westwood concluded, “Giving this man a license to operate guarantees disaster for women and of course always for their unborn babies.”

Burkons has also been affiliated with the Planned Parenthood Bedford facility, which was recently fined $25,000 by the Ohio Department of Health for multiple violations.

Furthermore, Burkons also runs the Toledo abortion clinic which has been ordered to close because it does not have the most basic safeguards for women, specifically an ambulatory service agreement with a local hospital.

In fact, Burkons' experience in botched abortions where women died is one of the very reasons why legislators in Ohio now require local ambulatory service agreements for abortion businesses in Ohio.

Burkons is infamous for being the “medical” director at Preterm abortion facility in Cleveland, where 22 year-old Lakisha Wilson died on March 21, 2014 during an illegal late term abortion.  Ms. Wilson's baby was well beyond the 20-week legal limit in Ohio, and, the abortion business' malfunctioning facility caused a fatal delay in paramedics getting to her and in getting her to a hospital.

When EMTs finally got to Ms. Wilson, they found her in cardiac and respiratory arrest, and they found that abortionist Lisa Perriera had simply left her in stirrups.  Perriera used a baby's oxigen mask on her, which was not large enough for her to get proper oxigen.  Ms. Wilson's IV had been pulled out as well.

Operation Rescue reported, “While EMTs were able to restart Ms. Wilson’s heart, they were unable to give her other necessary life support measures in a timely manner, because in order to do so, they needed to lie her flat on a backboard. However, the inadequate size of the elevator prevented (that).”

911 calls reveal that other women suffered under Burkons' medical “direction,” including a 15 year-old minor.

Nevertheless, the Ohio Department of Health has granted a license to perform surgical abortions to Burkons.  And, as soon as he started doing surgical abortions this summer, Burkons performed 16 abortion surgeries in three days, making an estimated $8,000, plus his profits from chemical abortions in Cleveland and Toledo.

The Associated Press reports that Ohio is second in abortion closures, behind Texas, where 17 out of 40 abortion businesses have stopped doing abortions.

Simultaneously, the number of abortions has decreased in Ohio, and in states which have enacted prolife laws.  Ohio saw abortions fall from 25,473 in 2012, to 23,216 in 2013 — a 9 percent drop in one year, and the lowest level recorded since the state began keeping records in 1976.

Since 2011, laws protecting minors and women have passed in Ohio, banning abortions on viable babies in the womb, allowing the mother the choice of seeing her baby by ultrasound, requiring minors to have a parent, guardian or judge's consent, making sure abortion businesses have an agreement with a local hospital in cases of emergency, and giving medical information about what is going on in the mother's body and allowing her 24 hours to think about the major surgery of abortion.

Another proposed Ohio law, the Heartbeat Bill, would stop abortions after the baby's heartbeat was detected.  However, prolifers are divided on that bill, because some think it will lead to a U.S. Supreme Court challenge and a possible re-affirmation of Roe v Wade.  Ohio Right to Life president Mike Gonidakis says he opposes the prolife Heartbeat Bill because sweeping bills that propose stopping abortion entirely rarely get approval.

“We believe in an incremental approach to both the legislative side as well as the changing of hearts and minds,” Gonidakis told Sarah Jane Tribble of Kaiser Health News.

University of Toledo law professor Lee Strang says that incremental approach seems to be working.  He told Tribble, “Instead of trying to overturn Roe at least immediately, (prolifers) tried to incrementally undermine Roe through the judicial appointment process and then through state and federal statutory restrictions on abortion.”