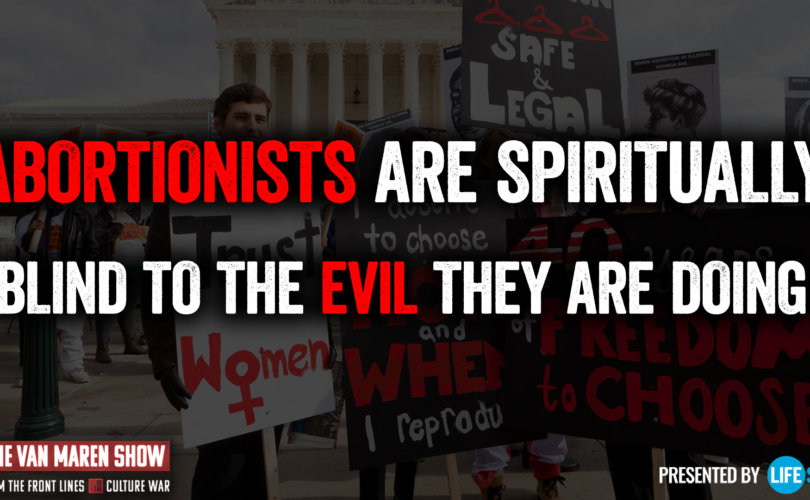 February 3, 2021 (LifeSiteNews) – This week, Jonathon van Maren interviews international pro-life speaker and co-founder of the Canadian Centre for Bio-Ethical Reform, Stephanie Gray Connors. The two discuss her decades-long involvement in the pro-life movement, her speaking experiences, and much, much more.

Connors’ work in pro-life activism began when she was attending university, where she went to an apologetics training symposium led by pro-life apologist Scott Klusendorf. She tells Van Maren that it was this conference that equipped her with the skills needed to argue effectively on behalf of the unborn and to take the issue of abortion more seriously.

Today, Connors lives in the United States and continues to be a popular pro-life speaker. She’s debated abortionists and pro-abortion advocates head on. Connors tells Van Maren how, in her debate experiences, she sees almost a double-life in her abortionist opponents who “come across very pleasant … and yet before you met them, they had come from work where they dismembered little babies.”

Overall, Connors says that her talks and debates with pro-abortionists are “a sign of the fruits of what you align yourself with if you’re on the side of truth and God, or the side of evil and Satan.”

Connors describes how when one commits evil, such as abortion, that person has a “total spiritual blindness” to the loss of human life and the indiscriminate killing of the most vulnerable of humans. “We have to hope and pray that [abortionists] have a Saul to Paul experience, where one day they get spiritual sight,” she points out.

Conversing with abortionists has “given me a sense of the mercy of God,” she adds. Still, that has not changed “my hate of what they do and how I also think they should be in jail for what they do.”

Connors and Van Maren close their interview by talking about her popular book Start with What, which covers all pro-life issues ranging from abortion to assisted suicide. She says that in the book she “wanted to incorporate a faith-based message realizing that, sadly, a lot of Catholics and Protestants … think that in certain cases, if suffering is really bad … then maybe assisted suicide and euthanasia are justified.” Her book and more can be found on her website by clicking here.