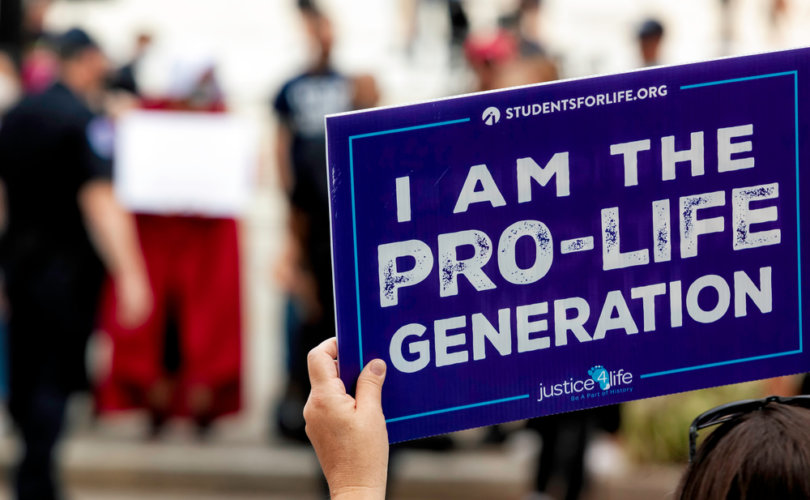 AUSTIN, Texas (LifeSiteNews) — The Texas Heartbeat Act has cut the number of abortions in the Lone Star State in half since going into effect September 1, according to a report released Friday.

The Texas Policy Evaluation Project (TPEP) at the University of Texas in Austin issued its report comparing the numbers of abortions that occurred in September last year to the same month this year.

In September 2020, abortion facilities in the state of Texas committed 4,313 abortions, while in September of this year, there were 2,164 pre-born child killings, a decrease of 49.8%.

Recognized as the most protective pro-life bill in the nation, the Texas Heartbeat Act prohibits abortion once a baby’s heartbeat becomes detectable, typically by six weeks’ gestation. The legislation relies on a unique enforcement mechanism that empowers citizens, rather than the state, to sue abortionists and anyone else, other than the mother, who facilitates an abortion of a baby with a detectable heartbeat. Violations can result in fines of at least $10,000.

Texas Right to Life (TRTL) hosts a website where concerned Texans can anonymously report abortionists who commit abortions after finding a heartbeat or without testing for one.

The TPEP report also produces evidence that some pregnant mothers from Texas are being drawn to seek abortions in neighboring states, including New Mexico, Oklahoma, Arkansas, and Louisiana. They describe finding wait times for abortion appointments at nine facilities in these states to be longer in September 2021 than they were in July 2020, which was the most recent available data.

On September 1, the Supreme Court had formally issued a 5-4 ruling on an application for injunctive relief by pro-abortion groups, allowing the law to remain in place.

Voting with the one-vote majority were Justices Amy Coney Barrett, Brett Kavanaugh, and Neil Gorsuch, all of whom were nominated by former President Donald Trump.

S.B. 8 is estimated to have saved more than 100 babies’ lives each day since coming into effect two months ago, according to Rebecca Parma, senior legislative associate at Texas Right to Life.

“Thousands of tiny Texans are being spared from the violence of death by abortion because of the way the Texas Heartbeat Act is enforced,” Parma wrote. “No wonder those who promote abortion are so up in arms over its ingenuity.”

Following Justice Department request to temporarily block enforcement of the pro-life legislation, U.S. District Judge Robert Pitman granted the request on October 6. Texas appealed the decision to a panel of the Fifth Circuit Court of Appeals, which reversed Pitman and restored enforcement on October 14.

Following an appeal by the Biden administration, the Supreme Court agreed on October 22 to take the case on an expedited timeframe, hearing arguments on November 1.