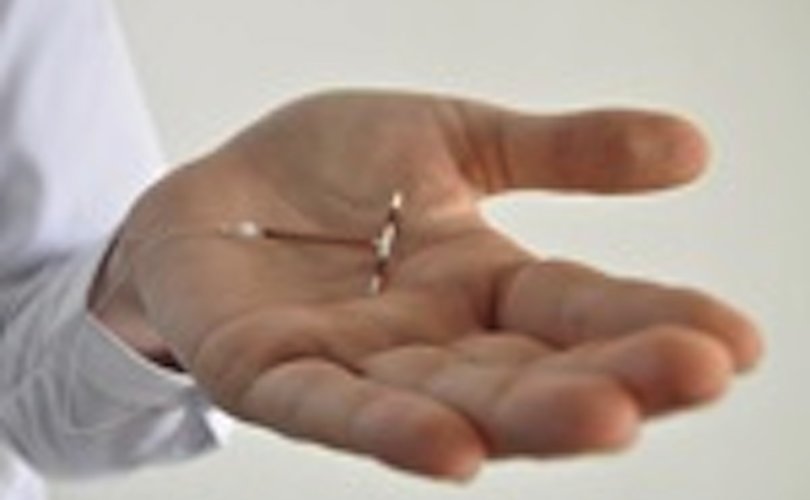 ATLANTA, Georgia, August 4, 2016 (LifeSiteNews) – The number of U.S. women using abortifacient contraceptive devices has nearly doubled in recent years, according to a new study, but the federal government is pushing for even greater use, especially among youth, in response to the potential Zika virus threat.

The number of American women on birth control who used long acting reversible contraceptives (LARCs) jumped from 6 percent between 2006 and 2010 to 11.6 percent from 2011 to 2013.

The figures come from a federal survey released Tuesday by the National Center for Health Statistics at the Centers for Disease Control and Prevention (CDC), the Albany Daily Star reports.

But the more recent federal government survey looked at contraceptive use in 41 states where mosquito-borne transmission of the Zika virus might be possible and strongly recommended wider access to LARCS. While growing in use among women, LARCS still lags behind the pill and condoms, with the study citing a high rate of unintended pregnancy in the United States “despite the availability of a wide range of FDA-approved contraceptives …”

“LARC methods are highly effective, reversible methods for reducing unintended pregnancy, do not depend on user compliance, and are medically appropriate for most female adolescents and adult women,” it stated. “Nationally, although use of LARC methods nearly doubled in recent years, use remains lower than that of other reversible contraceptives such as oral contraceptive pills and condoms, and considerable barriers to access and contraceptive method availability remain.”

Study authors endorsed greater access to contraception overall in response to the potential Zika threat, but focused on LARCs and their use among young people.

In the context of Zika preparedness, the full range of contraceptive methods approved by the Food and Drug Administration (FDA), including LARC, should be readily available and accessible for women who want to avoid or delay pregnancy. Given low rates of LARC use, states can implement strategies to remove barriers to the access and availability of LARC including high device costs, limited provider reimbursement, lack of training for providers serving women and adolescents on insertion and removal of LARC, provider lack of knowledge and misperceptions about LARC, limited availability of youth-friendly services that address adolescent confidentiality concerns, inadequate client-centered counseling, and low consumer awareness of the range of contraceptive methods available.

IUD’s can have many side effects, which include amenorrhea, intermenstrual bleeding and spotting, abdominal pain, pelvic pain, ovarian cysts, headache, migraines, acne, depression, and mood swings.

The federal government’s advocacy this week in its survey for wider access to LARCs and other contraception follows the Obama Administration’s abortifacient push since coming into office. The most notable instance has been the controversial HHS mandate imposing nationwide taxpayer-funded abortifacients under the pretext that they are “preventive care,” and making abortifacients available to minor girls as young as 11 without a prescription.