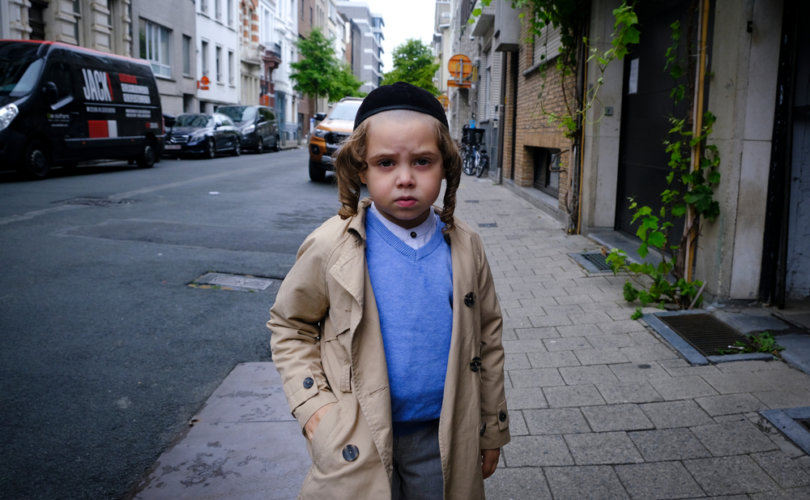 NEW YORK (LifeSiteNews) – A Rabbinical court in New York City ruled that “it is absolutely forbidden to administer or even to promote this (COVID-19) injection to children, adolescents, young men or women.”

The ruling, entitled Official Translation of the Halachic Delineation, came after listening to “eight hours” of extensive “testimonies from experts … in the field.” The document also referred to testimonies from “fellow Jews who suffered injuries, … and also how this injection is harmful to procreation and fertility.”

Dr. Robert Malone tweeted a copy of the ruling on Tuesday. The document did not specifically cite Dr. Malone, but it did state that the court heard “from doctors who invented and manufactured the mRNA [vaccine], who testified as to its function … ” Dr. Malone is the inventor of mRNA vaccines and RNA as a drug.

The Halachic delineation also slammed “governmental agencies” that have “denied” the “tested and simple medications that have been successful in treating” COVID. The court also criticized the same agencies for promoting “fear, not health – despite the fact that they themselves were aware” that there are alternative early treatments.

The main area of concern for the Rabbinical court was harm to children and young people as a result of the COVID jabs, as well as potential harm that could result from unknown long-term effects.

In addition, according the Jewish group, it is prohibited for women of the same Jewish denomination to  intentionally practice “sterilization or preventing fertility.” Due to concerns about what the jab might do to fertile women – including risks of severe blood-clotting – “it is forbidden for them to take this injection.”

The court also implored “all healthy adults who are of child-bearing age” to “stay away” from the abortion-tainted jab.

In addition to forbidding and cautioning against the shot for children and youth, the court warned that “further clarification is needed” for administering the jab to the elderly. The ruling referred to “breakthrough cases” as evidence that “there is no substantial difference between those who receive the mRNA [jab] and those who did not.” And “the number of COVID patients are about the same, comparatively, in both demographics.”

The Jewish authority called out “gross misrepresentation” of data pertaining to those who die after being vaccinated. “It should be known that much of the data the government agencies report is deceitful. For example, a Covid death that occurs in a person after receiving the injection, if it happened within fourteen days of receiving the injection, is listed as an “unvaccinated” death.”

Many victims and the families of victims of COVID jab injuries have spoken up in recent months, including Ernesto Ramirez, who is convinced that the Pfizer jab killed his 15-year-old son and that medical authorities have failed to recognize the death as being from the vaccine. Ernesto has joined together with other vaccine victims to call attention to the scandal of a massive cover-up of what could be tens of thousands of deaths from COVID vaccines.

Ohio attorney Thomas Renz made waves in the summer when he announced a lawsuit alleging that there have been at least 45,000 deaths connected with the experimental COVID-19 shots currently on the market, according to sworn testimony from an expert whistleblower.

The Rabbinical ruling concluded with a condemnation of what they called an attempt to “coerce employees, etc. to receive” the jab. The court cited Leviticus 19:14, which reads: “Thou shalt not speak evil of the deaf, nor put a stumbling block before the blind … ” It is the opinion of the court that “assisting or enabling a person to violate a transgression” is how the verse should be interpreted in light of the COVID jab coercion scenario.

The court blasted any attempt to provide “verbal encouragement,” “bribes” and “verbal pressure” as examples of transgressing biblical morality.