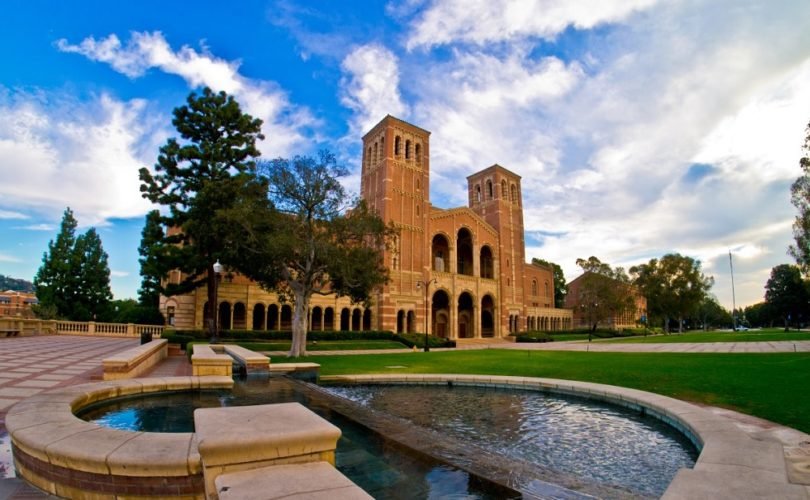 The UCLA student government organized the panel, paying for it with student fees – and taxpayer dollars.

“We had an open conversation on the adult film industry, sex work, intimacy, and safer sex practices, including communication and consent,” Kalfayan and Baldich stated.

The two commissioners said that student “wellness” includes such topics as having sex on camera for money: “This event is not only appropriate, it is our … responsibility to put on educational and entertaining events that reach students from diverse backgrounds on topics that affect their health.”

The event, held in the largest lecture hall on campus, was sold out.

UCLA student Pardes Seleh said she believes that “using college tuition to pay for pornography is both corrupt and irresponsible on the school's part.”

UCLA President Janet Napolitano has boasted, “The University of California is preeminent in educating the state's young people, in enhancing research and scholarship in every discipline, in fostering economic growth, medicine, the arts, its athletic and other programs. Simply put, UC is the gold standard. Together, we must ensure that this standard is upheld.”

University of California student organizations sponsor a wide variety of extracurricular events that serve the intellectual, social, and cultural interests of our students. UCLA has more than 1,000 student clubs and organizations, and the panel to which your email refers was sponsored in part by the Student Wellness Commission. Student health and well-being is crucial to the academic success and persistence of our students, and this panel appears to have been focused on sexual health and sexual violence, which are critical areas worth exploring on our college campuses.

UCLA Flip-Flops: Says Student Can Thank Jesus After All