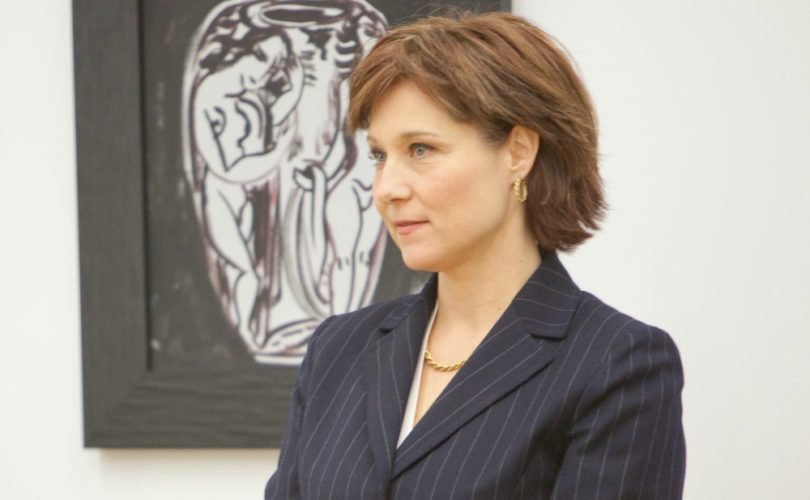 VANCOUVER, August 18, 2015 (LifeSiteNews) – B.C. Premier Christy Clark was banned from Vancouver’s Gay Pride Parade earlier this month, along with her entire caucus, for refusing to put “transgendered rights” into legislation. One member of the parade organization’s board of directors, Tim Ell, resigned over the ban.

Clark, who attended the annual event as premier in 2013 and at least once before that while a CKNW radio talk show host, had already made other plans, according to her office.

Charlie Smith, the inimitable editor-in-chief of the Georgia Straight magazine, who closely tracks which politicos do and do not attend the flamboyant celebration each year, reported the fuss thus:  “B.C. Liberals banned from marching in Vancouver Pride parade, but foreskin advocates allowed to return.”

The impasse arose from the Vancouver Pride Society’s decision to return to its roots as an advocacy and protest organization, by requiring all who march (or drive) in the parade to sign the so-called Trans Equality Now (TEN) pledge supporting inclusion of transgendered people in all equality laws.

“Pride started out as a protest movement,” Vancouver Pride’s vice president Chrissy Taylor told the Vancouver Sun. “And with this issue we’re bringing it back to that.”

Not only has the Liberal government refused to support such legislation the three times it has been introduced by the New Democrats since 2009, but none of the directors of the B.C. Liberal Party would sign the TEN pledge when put to them this year.

The NDP member who introduced the latest version of the trans rights bill this year, Chandra Herbert, played up the ban, asking, “Why will this government not act when people across this nation are standing up against hatred, raising the rainbow flag of inclusion and standing up for their transgender citizens? Why do the B.C. Liberals refuse to do the same?” Some other provinces have passed “trans-inclusive” laws, others have not.

The government’s position was put by Attorney General Suzanne Anton: the province’s existing human rights legislation “protects all persons, no matter what their gender identity is,” making new laws unnecessary.

As for the parade, Laura Miller, the B.C. Liberal Party’s executive director, explained,  “Vancouver Pride Society has drawn a line in the sand: sign the pledge or don’t march. As much as we might want to participate, we will not change our point of view to do so.”

But the Liberals nonetheless believe that “every individual is equal. Every individual has the right to protection under B.C.’s Human Rights Code, which is inclusive of transgender and gender-variant people.”

Tim Ell resigned from Vancouver Pride’s board over the way the issue has been handled, suggesting to News 1130 that the Liberals were targeted by the TEN pledge’s wording. “We’ve been a little bit misled as directors into believing all political organizations have been treated fairly and that was not the case,” he said.