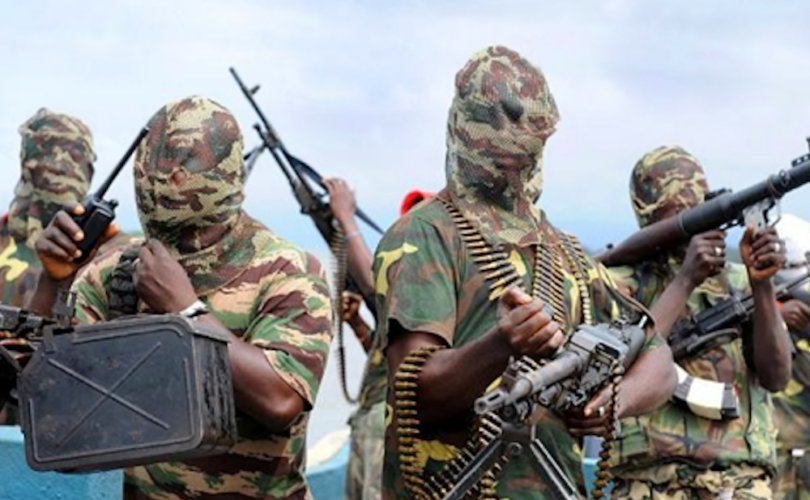 (WND News Center) – The American Center for Law and Justice says it’s been urging the United Nations for some years already to intervene in Nigeria where armed terrorists routinely attack Christians, and most recently abducted about 140 children from a Baptist school. But there haven’t been many results.

“Nigeria is experiencing a humanitarian crisis and a rapidly deteriorating situation for Christians who are increasingly the targets of religiously motivated violence,” the organization said, referencing the most recent violence.

“Most of us have the luxury of feeling that our children and grandchildren are safe going to school each day. But parents in Nigeria – particularly Christian families – find themselves locked in a constant state of terror as school children are being murdered or kidnapped by Islamic radicals,” the organization reported. “In fact, the day after we Americans celebrated our Independence, armed terrorists stripped away the freedom of 140 Nigerian students from a Christian school.”

CBS had documented that the attackers were part of a “wave of mass abductions targeting schoolchildren and students.”

The attack was carried out by “heavily armed criminal gangs,” the network said.

“One hundred forty defenseless children abducted at gunpoint from a Christian school. Let that chilling statement sink in, especially if you have children in school yourself,” the ACLJ reported.

CBS called the attackers “gunmen” but “we know in many of these instances who is perpetrating the barbaric acts. When Christian teen Leah Sharibu and 109 other schoolgirls were violently abducted from their school in broad daylight, it was by the Islamic militia Boko Haram,” the report said.

“The fact is Islamic radicals are targeting Christians in Nigeria and across Africa for slavery and even slaughter just because of their faith. Christian pastors have been horrifically killed. Innocent children have been abducted and forced into slavery in Nigeria. Just last year, two teen girls were murdered by Islamic jihadists in the same area as the Baptist school where these 140 students were just kidnapped. According to one recent report, roughly 1,000 students have been kidnapped in Nigeria since December.”

The Nigerian government has done, essentially, nothing, and an official for one aid organization working in the region warned, “We risk the loss of a generation if these attacks on schools and attacks on education continue. . . . It is so shameful that on one hand, bandits and Boko Haram are attacking children and their right to education, on the other hand, the government’s only response is to shut down schools.”

The ACLJ’s Mike Pompeo, the former U.S. secretary of state, previously put Nigeria on the government’s list of “Countries of Particular Concern,” and explained recently, “The Nigerian government was tolerating the systematic, ongoing, egregious violations of the religious freedom of its people, allowing them to suffer at the hands of radical Islamic terror. This designation signaled to the Nigerian government that swift action on their part was needed to put an end to this persecution, or there would be further consequences in the form of sanctions and increased diplomatic pressure.”

The ACLJ said it also continues to demand action at the U.N. Human Rights Council over the abduction of Leah Sharibu, who now has been in Boko Haram captivity for three years.

“Leah recently turned 18 and has reportedly been forced to give birth to two babies while in the clutches of these monsters,” the ACLJ reported.