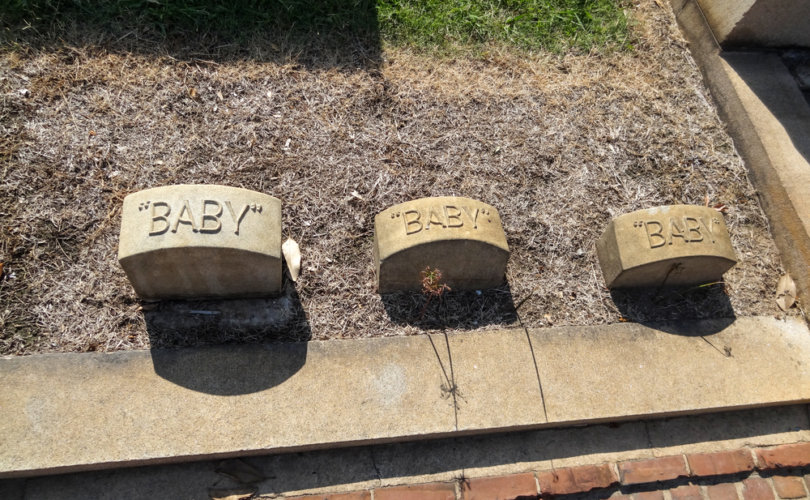 (LifeSiteNews) — The ACLU and Planned Parenthood filed a request in a Hamilton County court for an injunction against Ohio’s newly-implemented dignified burial law.

“This law requires all embryonic and fetal tissue from a procedural abortion be cremated or interred, imposing severe burdens on patients and stigmatizing abortion even further,” the ACLU said in a press statement.

The ACLU and abortion vendors, including Planned Parenthood, argue that properly disposing of an aborted baby is too costly and thus burdens a woman’s ability to get an abortion.

The request for a preliminary injunction says that abortionists would have to make great effort to comply with the new law. The legislation, Senate Bill 27, “imposes extremely onerous provisions that require a sea change in how Plaintiffs dispose of embryonic and fetal tissue after a procedural abortion (sometimes called a surgical abortion),” the ACLU said. “Despite Plaintiffs having consistently and scrupulously followed the applicable regulations to dispose of infectious waste, which have been in place for years, SB27 would require all such tissue to be either cremated or interred (buried).”

Ohio Right to Life (ORTL) said the law is about providing a “proper burial” for the human child and respecting their dignity.

“SB 27 simply dignifies the life of a child who died because of an abortion and provides a proper burial for that child,” ORTL president Mike Gonidakis told The Columbus Dispatch. “The ACLU will do everything in its power to sterilize abortion and attempt to hide the fact that a successful abortion leads to the death of an innocent child.”

“Planned Parenthood would rather have all aborted babies carted off to landfills in metal containers,” the ORTL president said. “The inhumanity of the ACLU and Planned Parenthood knows no boundaries. Ohio Right to Life is confident that this compassionate law will withstand court scrutiny.”

The Supreme Court said in 2019 that a similar Indiana law could stand because it is “related to the State’s interest in proper disposal of fetal remains.”

The Indiana law, first signed in 2016, could have been helpful in preventing an Indiana abortionist from storing thousands of aborted babies in his garage in Crete Township, Illinois, just over the border from the Hoosier state.

The wife of deceased abortionist Ulrich Klopfer made the discovery in September 2019 and alerted law enforcement.