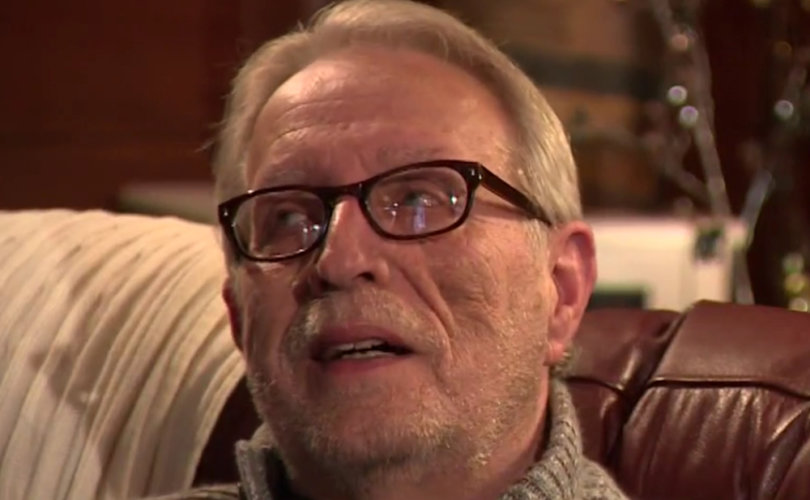 CHARLOTTE, N.C., January 13, 2017 (LifeSiteNews) — The American Civil Liberties Union is backing a homosexual teacher’s lawsuit against a Catholic school that fired him after he announced on Facebook he was “marrying” a man.

The ACLU filed the federal lawsuit Wednesday on Billard’s behalf.

“Lonnie was fired because he announced his marriage to his longtime partner, who is a man, and that is sex discrimination, pure and simple,” stated Chris Brook, legal director for ACLU North Carolina.

But David Hains, spokesperson for the Diocese of Charlotte, did not say Billard was fired because he is a homosexual person.

According to the lawsuit, Hains stated Billard was fired for “going on Facebook, entering into a same-sex relationship, and saying it in a very public way that he does not agree with the teachings of the Catholic Church.”

Continuing to keep Billard on staff, Hains added, “would be legitimating that relationship. The Church would be saying it’s OK, and it’s not.”

Billard “came out as gay to his family and close friends in 1995. In 2001, [he] began a romantic relationship with his now-husband, Richard Donham (‘Donham’), and in 2002 they began living together as a couple,” the lawsuit stated.

In 2001, Billard was hired as a full-time drama and English teacher at Charlotte Catholic High School. After retiring in 2012 at age 66, he was employed as a substitute teacher.

In October 2014, Billard announced on social media that he would be “marrying” a man in May 2015.

The diocese subsequently asked the school administration to terminate Billard’s employment, a fact he learned at Christmas dinner in 2014, according to the lawsuit.

The ACLU is seeking “relief, damages, and other equitable and legal remedies” for being “discriminated against on the basis of sex, in violation of Title VII of the Civil Rights Act of 1964,” it states.

“People should not be fired because of who they love,” stated Brook, who added that Billard’s role was essentially secular. “Even though Charlotte Catholic is a private religious school, it cannot illegally discriminate against an employee whose job was not religious.”

Maxine Eichner of the University of North Carolina, who has been tracking decisions involving LGBTQ rights and Title VII, told the Associated Press that the case law is ambiguous.

“Several cases in the last few years offer more support for the point that Title VII protects against employment discrimination based on sexual orientation, but in my view don’t definitively resolve the issue,” she stated.

But the case is clear to Bill Donohue, president of the Catholic League.

He blasted the ACLU as an organization “at war with the Catholic Church” and the lawsuit as “bogus.”

In a statement released Friday, Donohue pointed out that religious schools have First Amendment protection “to practice the tenets of their faith.”

The lawsuit “does not cite a violation of state law, and that is because no North Carolina law was broken,” he added.

Billard and the ACLU “are suing to make a cultural statement,” Donohue said. “Their bigoted attack on the autonomy of Charlotte Catholic High School shows a contempt for tolerance and diversity. They don't have a moral, or a legal, leg to stand on.”

Yes, I'm finally going to make an honest (at least legal) man out of Rich. We will be married on May 2, 2015 … details to follow. … I thank all the courageous people who had more guts than I who refused to back down and accept anything but “equal.”

Ps. If you don't agree with this … keep it to yourself. You never asked my opinion about your personal life and I am not asking yours.

“I know that the Catholic Church opposes same-sex ‘marriage,’ but I don’t think my commitment to my husband has any bearing on my work in the classroom,” Billard stated in an ACLU Wednesday report.

“I have never hidden the fact that I’m gay and my relationship with my partner was no secret at school. But whether or not the school previously knew that I am gay is not the point. People should be able to fall in love and get married without risking their jobs.”

But “every Catholic school teacher knows, or should know, what the house rules are,” Donohue pointed out.

“This means, at a minimum, that no one is entitled to claim victim status when he purposely violates them and is subsequently terminated for doing so.”

Billard “knew when he ‘married’ his boyfriend, making it public on his Facebook page, that Charlotte Catholic High School, his employer, would object.”

“Husbands are men and wives are women, so if Billard’s partner is his husband, that would make him his wife, and no one really believes that to be true. The Catholic League does not tolerate fake news.”

The Church Militant noted that the bishop of the Charlotte diocese, Peter Jugis, is “faithful and orthodox.”

He “recently opened up a minor seminary that trains men in courses that include theology, rhetoric, logic, pre-Socratics, Latin, and Gregorian chant and polyphony, with Fr. Matthew Kauth as rector.”