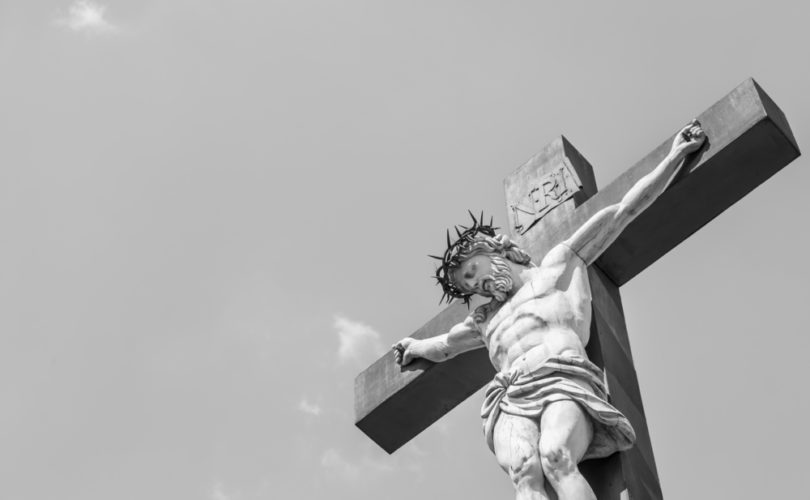 The Michigan chapter of the American Civil Liberties Union has issued a letter to the state regulatory board urging them to force Genesys Health Systems, a Roman Catholic-affiliated hospital system, to provide tubal ligations in violation of the Church’s Ethical and Religious Directives (ERDs).

The Catholic Church teaches that direct sterilization is a grave sin and strictly prohibited, except in cases where sterilization is a secondary and unintended effect of treatment aimed at curing disease.  For example, a woman with cancerous ovaries may have them removed even though it will render her sterile, because the preservation of her life is the primary goal, with sterility being an undesired side effect.  But a woman who no longer wishes to bear children may not undergo an elective tubal ligation, because to do so severs the unitive and procreative aspects of the marital act according to the Church.

Genesys says it implemented its ban on tubal ligations in order to comply with Church teaching and the ERDs, which all Catholic hospitals must obey to maintain their affiliation.

But the ACLU says Catholic hospitals should be forced to set aside their religious beliefs in the interest of giving patients what they want.

“Hospitals have a duty, first and foremost, to the best medical interests of their patients,” said ACLU attorney Brooke Tucker in a statement. “Medical science, not religious doctrine, should guide the care that patients at any hospital receive. The state has an obligation to ensure that all hospitals that it licenses, regardless of their religious affiliation, are placing patient care above personal beliefs.”

The ACLU’s main complaint is that women who undergo C-sections at Genesys cannot elect to have their tubes tied at the conclusion of the surgery, as they would be able to do at a non-Catholic hospital.  That means that if they wish to deliver a baby via C-section at Genesys and have a tubal ligation, they must have the C-section at Genesys, wait 6 weeks to recover, then go elsewhere for the sterilization – meaning they will undergo not one, but two invasive surgeries.

“Under Michigan law, patients are ‘entitled to receive adequate and appropriate care … unless medically contraindicated as documented in the medical record by the attending physician or a physician’s assistant,’” wrote the ACLU in its letter to the regulatory board.  “Additionally, as a hospital that receives Medicaid and Medicare funds, Genesys is required to comply with the Conditions of Participation for these programs which provides [sic] that a ‘patient … has the right to make informed decisions regarding his or her care [including] … being able to request or refuse treatment.’”

“In violation of these regulations, Genesys has taken away the ability of its patients to request and obtain tubal sterilization at the hospital, even when performance of the procedure elsewhere increases the risk of harm to the patient,” the ACLU wrote.

“To ensure patient safety, hospitals that are open to the public and participate in government programs must be held to the same quality medical standards regardless of their religious affiliation,” wrote the ACLU.  “Genesys’ ban on tubal sterilization … subjects women to unnecessary health and pregnancy risk, as well as increased cost.”

The ACLU concluded by urging the state to “take the requisite steps” to ensure Catholic hospitals cannot deny sterilization surgery to women who ask for it, particularly those women who undergo c-sections.

This is not the first time the ACLU has attempted to get the government to invalidate the Catholic Church’s ERDs.  In 2013, the ACLU sued the U.S. Conference of Catholic Bishops over the ERDs after another Catholic hospital in Michigan refused to recommend an abortion for a woman who went into labor at 18 weeks of pregnancy.

During her three-day labor, the woman developed an infection, and her baby died less than three hours after birth due to extreme prematurity.  Both the death of the child and the infection caused the woman “discomforts and pain” that the ACLU argued could have been avoided if the hospital had advised her to abort the baby immediately after her water broke.

Because of several technical errors the ACLU made in filing its lawsuit against the USCCB, no further action has been taken in that case.  But if the organization is successful in forcing the state of Michigan to prohibit Catholic hospitals from enforcing the ERDs, it could have wide-ranging repercussions for health care throughout America.  Currently, the Catholic Church is the nation’s largest private provider of health care, accounting for 12.6 percent of all hospitals and 15.6 percent of hospital admissions.