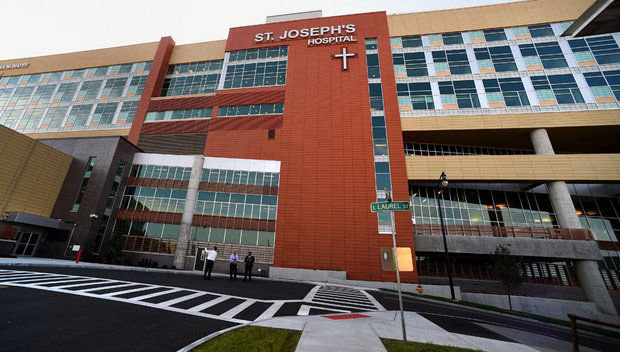 October 2, 2015 – (LifeSiteNews) – The American Civil Liberties Union (ACLU) has filed another lawsuit against a Catholic hospital system, this time for its refusal to commit abortions.

In the October 1 suit against Trinity Health, the ACLU and its Michigan derivative once again attack the US Bishops’ Ethical and Religious Directives (ERDs) because they instruct Catholic hospitals to operate in accord with Church teaching.

The Directives were issued by the Bishops in 2009 and reaffirm ethical healthcare standards in Catholic-sponsored healthcare institutions.

The ACLU suit contends that abortion is “stabilizing treatment” that is part of “full emergency care” for mothers suffering preterm rupture of their child’s amniotic fluid. It also alleges that several mothers experiencing this condition were denied an abortion at Trinity hospitals, resulting in their “becoming septic, hemorrhaging, contracting life-threatening infections, and/or unnecessarily suffering severe pain for several days.”

Trinity Health is one of the largest Catholic healthcare systems in the U.S., operating 88 hospitals and other healthcare facilities in 21 states.

The ACLU also argues that it would not constitute an undue hardship for Trinity to commit abortions or provide abortion information to mothers with the pregnancy complications specified in the suit.

“At least one of Plaintiffs’ pregnant members with a history of severe pregnancy complications fears that because of Defendants’ repeated violations of EMTALA, she will be unable to obtain treatment from Defendants for a pregnancy-related emergency medical condition and suffers serious mental anguish and distress as a result,” it also argues.

The ACLU has frequently targeted Catholic hospitals with litigation for upholding Catholic teaching as defined by the ERDs.

It has also threatened legal action against Mercy Medical Center in Redding, California, for also refusing to allow sterilization of a mother after her C-section. The hospital later reversed its decision to follow the ERDs.

The ACLU has also gone after public hospitals, earlier this year suing a Washington state hospital for not committing enough abortions.

In 2013 the ACLU sued the U.S. Bishops’ Conference itself for the ERDs, contending they amounted to medical negligence.

The U.S. District Court for the Western District of Michigan Southern Division dismissed that suit June 30, ruling that it did not have jurisdiction over the USCCB. The ACLU is appealing the decision.

A Trinity spokeswoman said the ACLU lawsuit is without merit, and that the hospital system would fight it.

“A federal court already dismissed a similar ACLU claim, and we will seek dismissal of this suit for the same reason,” Eve Pidgeon said.

She said as well that the ERD’s did not endanger patients, stating that the Catholic directives “are entirely consistent with high-quality health care, and our clinicians continue to provide superb care throughout the communities we serve.”