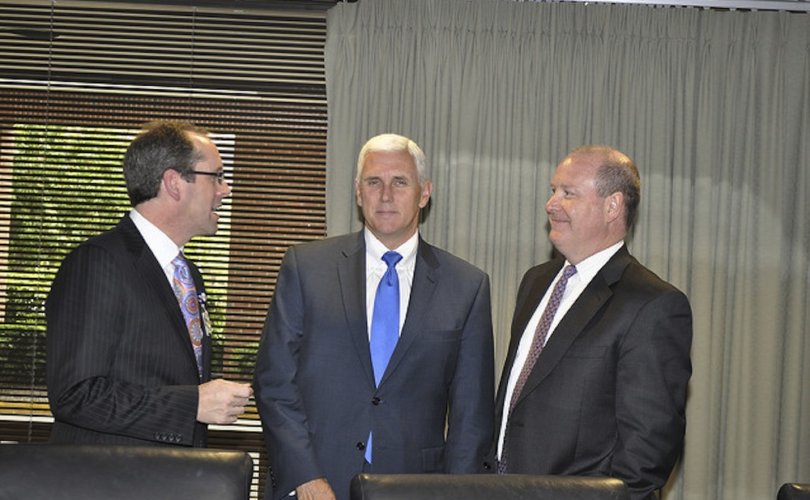 WASHINGTON D.C., July 18, 2016 (LifeSiteNews) — As a Congressional panel released its interim report revealing the abortion industry’s traffic in aborted baby parts, a group led by the American Civil Liberties Union charged the panel with risking the lives of witnesses and calling for it to be disbanded.

Describing themselves as “a community of organizations that advocate for civil rights and civil liberties, good government, health, science, the environment, LGBT, immigrants’ and women’s rights, and labor unions,” approximately 28 organizations joined the ACLU in sending House Speaker Paul Ryan a letter urging that he disband the House subcommittee panel set up to investigate the Center for Medical Progress’ undercover allegations that Planned Parenthood sold aborted baby parts to a medical supply broker for profit.

The letter accuses the Republican majority on the panel of bias by holding the investigation, arguing that it was premised on “discredited smear campaign against Planned Parenthood” and that several state legislatures concluded there was no evidence of malpractice. It went onto say that the panel was conducting “a fishing expedition” well beyond its mandate through the issuance of subpoenas, without notice to the Democrats on the committee, to witnesses only vaguely related to the inquiry.

The Republican majority responded indirectly to the complaints when it issued its “interim update” later in the week.  House Republican Whip Steve Scalise said at a press conference that “based on what’s been uncovered so far, everything continues to point to abortion clinics and middlemen breaking federal laws to profit off the disgusting practice of selling baby body parts.”

Rep. Joe Pitts added: “This business is nothing more than a fetal corpse market.”

The panel heard from several former federal prosecutors who confirmed the evidence was sufficient to press charges.

As for keeping subpoenas from minority panel members, there was a good reason for that, said Rep. Marsha Blackburn, the panel chair. “The minority has publicly advocated that the Panel be disbanded and has privately attempted to obstruct the Panel’s fact-finding mission.”

The ACLU also accused the Republicans on the panel of holding up valuable medical research by stopping the flow of fetal parts. But one Republican panelist, Rep. Larry Bucshon, noted that in his work while he was a cardiothoracic surgeon that he “performed a specific type of surgery, patent ductus ligation, on patients as young as 22 weeks gestational age and the smallest only weighed 650 grams. The babies I operated on went on to live happy and healthy lives.”