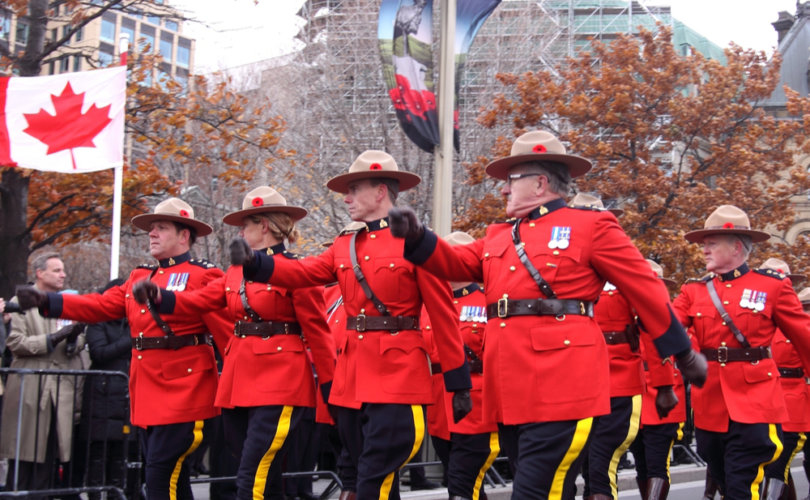 (LifeSiteNews) — Active and retired members of the Royal Canadian Mounted Police (RCMP) joined together to say they cannot “willingly participate in enforcing” COVID jab mandates. They have asked their boss to investigate government officials’ role in coming up with draconian virus rules.

“Requiring mandatory COVID-19 treatment options is a slippery slope and allows the government to overstep its authority unchecked. It infringes on the fundamental belief in our society that the individual has the right and freedom to choose. The choice of whether to receive medical treatments has always been an individual’s right in Canada,” says the group called Mounties for Freedom in an open letter dated October 21 sent to RCMP Commissioner Brenda Lucki.

“Dear Commissioner Brenda Lucki: We respectfully submit this open letter to express our most sincere concerns and resolute stand against the forced coercive medical intervention of Canadians, and against the undue discrimination experienced by those exercising their lawful right to bodily autonomy.”

Mounties for Freedom say they are not “against vaccinations,” but as law enforcement officers, “we cannot in good conscience willingly participate in enforcing mandates that we believe go against the best interests of the people we protect.”

The group’s open letter at the time of this writing lists 51,974 signatures, gaining nearly 10,000 signatures in one day.

The letter is available to be signed by active and retired members of the RCMP, along with doctors, nurses, military, firefighters, other first responders, and supportive community members.

In early October, Prime Minister of Canada Justin Trudeau announced draconian and unprecedented COVID-19 jab mandates for all federal workers, and said the un-jabbed will no longer be able to travel by air, boat, or train.

Along with mandating all federal workers be jabbed, Trudeau said that all federally regulated industries such as airlines, and marine transportation, would also have to mandate COVID injections.

Mounties for Freedom say they created the letter from the “collective thoughts, beliefs, and opinions of actively serving police officers of the Royal Canadian Mounted Police (RCMP) from across the country.”

“Together we are the Mounties for Freedom. We are individual police officers who united in the belief that citizens, including federal employees, should not be forced and coerced into taking a medical intervention,” reads the group’s page.

The group says COVID jabs “should be voluntary” and that jabs are “personal choice.”

“We stand united against the forced and coerced medical intervention of Canadians and against the discrimination faced by those who have exercised their right to bodily autonomy. We believe in democracy, the Canadian Charter of Rights and Freedoms, and the Bill of Rights.”

In its letter, the group calls upon Lucki to investigate whether or not there were “criminal acts” committed “in the dissemination of information from federal and provincial health authorities or public figures in positions of trust.”

“We ask you to send investigators to collect statements from medical professionals (and other reliable witnesses) who allege they had been silenced — putting lives at risk,” reads the letter. “A complete investigation must include full disclosure of all the facts of the case, even contradictory evidence. Why, then, is there little to no tolerance for free and open debate on this matter? Many credible medical and scientific experts are being censored. Accordingly, we rightly have concerns about ‘the science’ we are being coerced to ‘follow.’”

Mounties for Freedom called upon Lucki to take immediate action.

“Commissioner Lucki, we ask that you represent the best image of the RCMP by remaining loyal to the Charter and Bill of Rights and not to any particular public figure. Our job as Mounties is to preserve the peace. If we continue down this road of segregation and discrimination, we risk repeating past mistakes. The divide in our society is quickly leaning toward a level of national security,” reads the letter.

“Allow us to make this information publicly available to all so the public can scrutinize it and achieve informed consent. As Canada’s national police force, we are unique in our ability to conduct a large-scale cross-country investigation, which must be transparent to regain trust in the government.”

The group then called upon Lucki to “challenge the Federal Government’s decision to send Mounties home without pay for decisions they’ve made on beliefs protected by Canadian laws.”

“Neither the RCMP, nor the communities they serve, can endure the loss of experienced police officers. We await your response and your plan of action,” reads the letter.

“We have attached several documents as appendices to this letter which contain information we believe raises reasonable concerns with the current COVID-19 vaccination mandates seen across our country,” reads the group’s letter.

Group has never witnessed such ‘division’ over jab mandates

Mounties for Freedom then said that as members of their local communities, they have “never witnessed such division in our country.”

Mounties for Freedom say that police are expected to uphold the law, keep the peace, and “defend the public interest.” However, the group said it remains loyal to the “Charter and Bill of Rights” as “[w]e strongly believe that forced and coerced medical treatments undermine” and “contradict our duties and responsibilities to Canadians.”

“Allow us to make this information publicly available to all so the public can scrutinize it and achieve informed consent,” reads the letter.

In September, the union representing Canada’s national police force, the Royal Canadian Mounted Police (RCMP), said it would stand by officers who decide to not get the COVID-19 jabs.