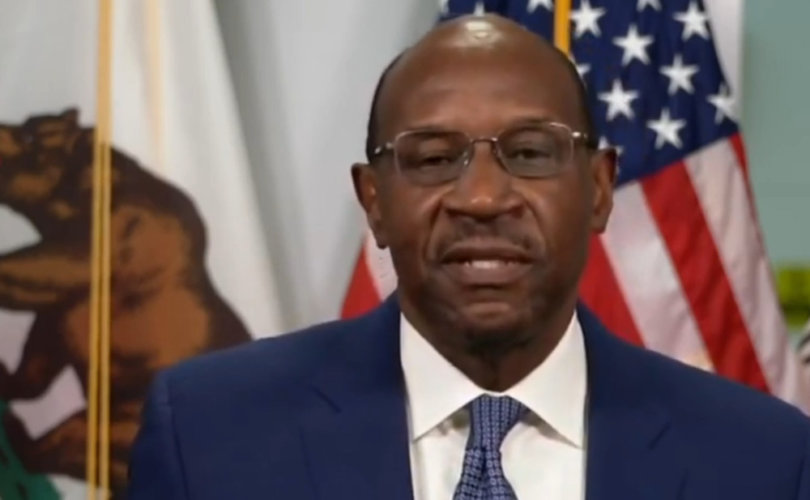 A Democrat, Jenkins had previously served as the Judicial Appointments Secretary to the governor since 2019. The press release by the governor’s office explicitly pointed out that Jenkins would be the “first openly gay” man to serve on the state’s highest court.

Jenkins was praised strongly by supporters of homosexuality and gender ideology, who welcomed the news as a key step in advancing their agenda.

State Sen. Scott Wiener and Assemblyman Todd Gloria of the California Legislative LGBTQ Caucus issued a statement of support, saying, “The LGBTQ community is dramatically under-represented in the judiciary, and particularly so at the appellate level … This appointment is a major step toward a judiciary that represents the entire community.”

Their thoughts were echoed by Rick Zbur, executive director for the homosexual lobby group Equality California. He stated that “Governor Newsom’s appointment of California’s first openly gay supreme court justice is a monumental step forward for the LGBTQ+ community and for our entire state.” Jenkins “embodies the values of our great state,” he added.

Jenkins said he views his new position as an opportunity to “shine a light on the possibilities for people who look like me or have the same orientation as I do.”

An active homosexual, Jenkins maintains that he is a life-long “practicing Catholic.” A native of San Francisco, he attended the Jesuit-run Santa Clara university. In an interview with pro-LGBTQ magazine The Advocate, he said, “I’ve been a practicing Catholic all my life, and I truly believe in the God of love and that God loves me as I am now.”

The state of California is widely recognized as one of the most liberal states in the U.S., particularly with regard to issues like homosexuality and transgenderism. It made history as the first state to legalize same-sex domestic partnerships in 1999, and has permitted same-sex couples to adopt children since 2003. Same-sex “marriage” was also legalized in 2008, until a public vote banned it five months later. The ban was overturned in June of 2013.