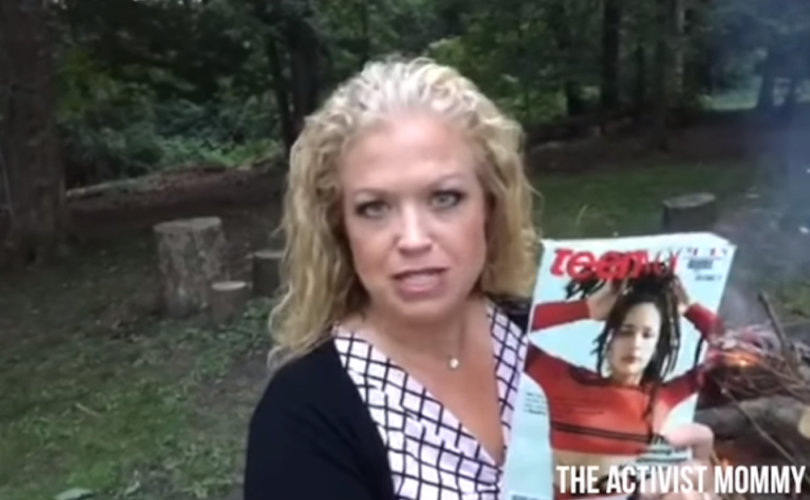 Johnston urges stores and libraries to pull the liberal, sexually edgy magazine, which she calls “a piece of trash,” from their shelves.

The Teen Vogue article, by New York City “sex educator” Gigi Engle, says, “It's important that we talk about all kinds of sex because not everyone is having, or wants to have, ‘penis in the vagina’ sex.”

Toward the end of the piece, Engle brings up the disgusting realities of rectal “sex,” but almost as an afterthought. Another pull out quote reads: “Yes, you will come into contact with some fecal matter.”

“It’s NOT a big deal. Everyone poops. Everyone has a butt,” ends the Teen Vogue article.

In her “Operation Pull Teen Vogue” video, “Activist Mommy” Johnston says, “I cannot believe what this Teen Vogue piece of trash has printed in its June edition. They are teaching children 11 through 17 [years old] — that's the target audience … how to be safely sodomized.”

“We should not be teaching children — period — how to have sex,” she says.

Then, speaking directly to the camera, she says: “Parents, I am asking you to go to your local gas stations, your local libraries, and your local grocery stores, and ask to speak to the manager, or preferably the owner, and demand that they remove Teen Vogue from the shelves immediately.

“These editors' brains are in the gutter. Now let's put their sales in the gutter where they belong!” she says.

“Teen Vogue is garbage,” she says, as she rips pages from the magazine and throws them on a burning fire pit.