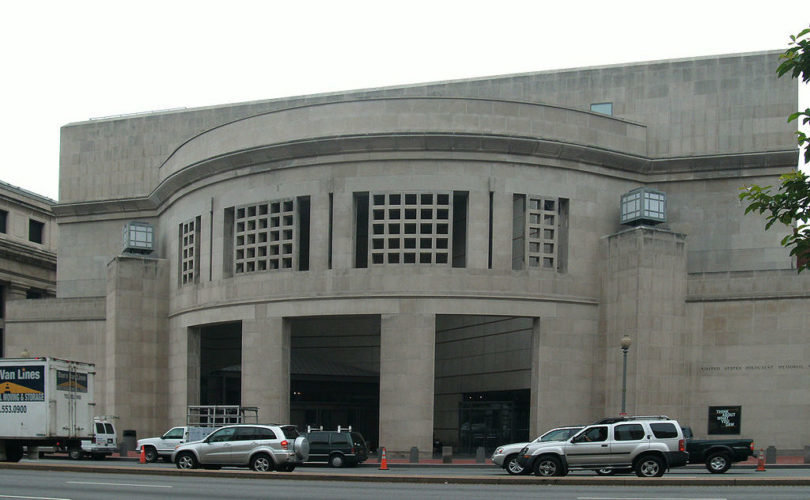 WASHINGTON, D.C., July 7, 2014 (LifeSiteNews.com) – The U.S. Holocaust Memorial Museum hosted a panel of transgender activists last month on the topic of “employment discrimination” during which at least one presenter compared the plight of gender-confused people whose employers won’t recognize their preferred, non-biological sex to the slaughter of millions of Jews by Adolf Hitler during World War II.

Rachel See of TransLAW, a legal aid firm that specializes in obtaining legal recognition for self-identified “transgender” people, drew the comparison near the end of the panel, held as part of the museum’s Equal Employment Opportunity initiatives, which was attended by staff, volunteers, and interns.

Beck Bailey, deputy director of employee engagement for the pro-homosexual Human Rights Commission, who was present at the panel, explained: “See drew our attention to the intersection of the persecution of Jewish people and that of transgender people by quoting former South Carolina GOP chair Todd Kincannon who tweeted about transgender people in 2013.”

But Don Feder, a conservative activist and former columnist for the Boston Herald who is himself Jewish, told LifeSiteNews that any comparison between Jewish Holocaust victims and transgendered people would horrify the Jews who died for their religion during the 20th century.

“It makes me want to vomit,” Feder told LifeSiteNews.  “Most of the Jews murdered in the camps were Orthodox [and] Torah-observant. They could not remotely conceive of someday being compared to the sexually confused.”

“Everything concerning this offends me,” said Feder.  “The Jews who were murdered by Hitler … were martyrs,” he continued.  “To compare these people to a group of individuals who are confused about their gender, who think they can somehow change their gender, is nauseating.”

“These are the people who [say], you know, ‘You can’t compare abortion to the Holocaust, oh, no, that’s terrible, that’s demeaning.’  And yet they compare a group of people engaged in activities that the Torah clearly condemns, in the strongest possible terms,” he added.

Feder said he suspects it is the Holocaust Museum’s status as the United States’ official memorial to the victims that forced its leadership to allow the transgender panel to take place in the first place.

“This is one of [President] Obama’s big things, promoting homosexuality, promoting so-called ‘transgender’ rights, promoting what’s termed same-sex ‘marriage,’ so I’m sure there was that pressure,” Feder said.  But he also added that many Jews in the U.S. are more culturally Jewish than religious, and tend to identify as politically liberal.

“Except for Orthodoxy, the organized Jewish community tends to be liberal,” Feder told LifeSiteNews, “which means that they will latch on to the liberal cause du jour, which in this case is transgenderism.”