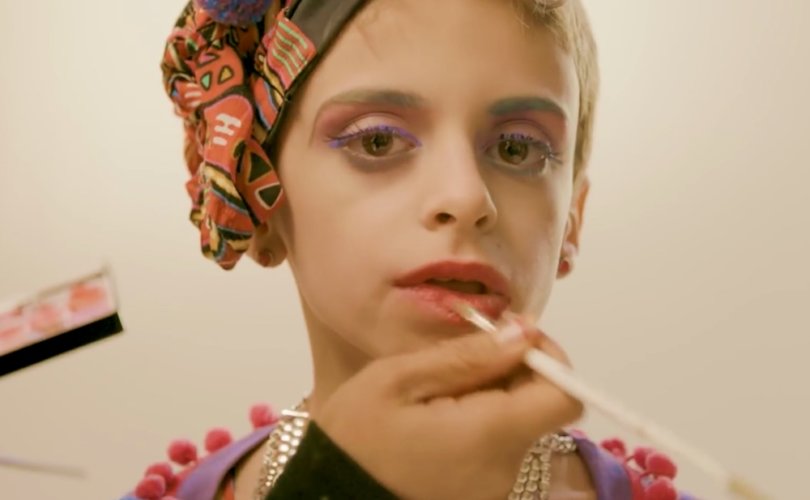 January 17, 2019 (LifeSiteNews) – The Activist Mommy says laws protecting children from sexual exploitation are not being applied to the LGBT community.

Blogger Elizabeth Johnston, better known as The Activist Mommy, took to social media to demand protection for children like so-called “drag kid” Desmond Napoles, 11, who dances in gay bars under the stage name “Desmond is Amazing.”

“It's 2019 when apparently it's not only okay to be gay but also okay for grown gay men to pay little boys for dances in bars,” Johnston said.

Johnston played the now infamous footage of a crop-topped, wig-wearing Desmond dancing onstage in imitation of singer Gwen Stefani. Desmond was filmed performing late at night in both “3 Dollar Bill,” a gay club in Brooklyn, New York, and a similar bar in San Francisco.

Johnston reflected on the treatment Desmond's parents received compared to what she would have received if she had allowed her underage daughter to dance in a burlesque club.

“If I had taken my ten or eleven-year-old daughter to a men's cabaret club at 3 o'clock in the morning to dance for men who are throwing money at her, what do you think would have happened to me?” she asked.

Activist Mommy indicated that police would have slapped handcuffs on her and taken her to jail.

“That's exactly what should happen to the parents of this young boy,” she said.

Johnston stated that a double standard is at play.

“These parents can get away with it because they are members of the all-protected LGBT community. The double standard needs to end. And children in the LGBT community need to be protected as much as those outside.”

She asked people to indicate their opposition to the sexual exploitation of children by sharing her video. It now has over 300,000 views on Facebook and has been shared over 9,000 times.

Desmond lives with his biological parents, Andrew and Wendy Napoles, and has stated that he himself is gay. This is a belief his parents have been happy to encourage. In an interview with Fatherly.com, Desmond's parents revealed that they have believed that their son is gay since he was “two or three.”

“They had been testing him, exposing him to different things,” the site explained.

“What did he like? The Sissy Duckling, a 1999 animated film about a duckling that doesn't quite fit in…RuPaul's Drag Race. Pride parades. Musicals. It wasn't that he was indifferent to sports [at the age of 3], but that he saw them as a distraction from fashion and performance. When Desmond was only two years old, he started refashioning his mother's clothes to make dresses and headdresses.”

Although it employs the term “gay” often, the article carefully avoids mentioning that the word normally denotes feelings of sexual attraction to one's own sex.

The article describes Wendy as being very comfortable with homosexuality, saying “[Desmond's] mom, who is very close with her gay uncle, opened her closet and the doors to gay culture.”

By the time Desmond went to kindergarten, he was “openly gay.”

Since her child has become famous as a drag performer and spokesman for the LGBT community, Wendy Napoles has revealed that Desmond has autism. This revelation increased public concern for the child, whose public appearances have included a spot on a YouTube talk show hosted by former “Club Kid” and convicted killer Michael Alig.