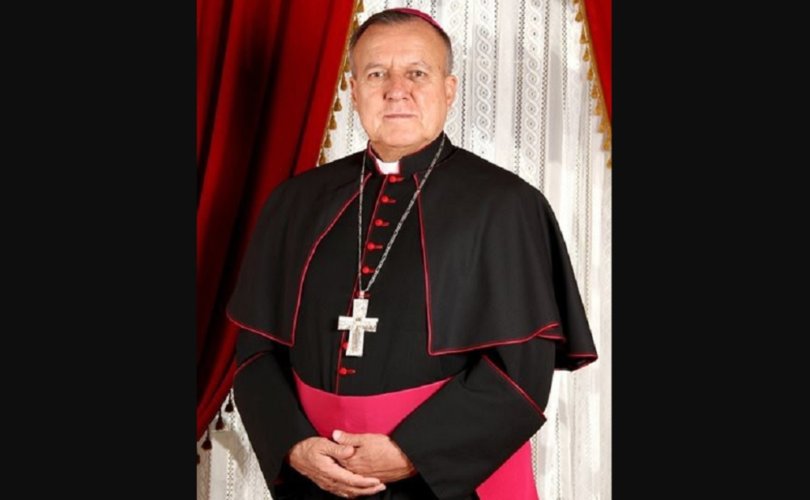 MEXICO CITY, May 23, 2019 (LifeSiteNews) — Archbishop Jesús Carlos Cabrero Romero of San Luis Potosí in central Mexico is facing a charge filed by a LGBTQ activist for engaging in alleged “hate speech” after the prelate expressed Christian teachings about homosexuality and the sanctity of marriage.

Paul Ibarra, who directs the Social Diversifiers Network in San Luis Potosí, is charging the archbishop with hate speech in a complaint to the federal Secretariat for Domestic Affairs and its Office for Religious Affairs. Ibarra is demanding that Archbishop Cabrero publicly apologize and retract his statements or face a reprimand or even monetary sanctions.

La Razón newspaper quoted Ibarra, who said: “The archbishop continues with his homophobic remarks, and these cases have been seen elsewhere: that when the Church places itself in opposition [to the redefinition of marriage], there will be seen a string of actions: first threats that then become violence, and we don’t want to reach those extremes.”

The charge followed the legalization of so-called homosexual “marriage” in the state of San Luis Potosí on May 16. On the same day, the archbishop released a statement declaring that “the fact that a law has been passed by congress does not imply a priori that said law is good or morally right.”

In his statement, Archbishop Cabrero declared, “Ever since the most ancient times, marriage has been understood as being between two different but complementary parties: a man and woman. Never before, until recent years, and we don’t understand why, has this ancient institution been under juridical attack and resulted in seeking its destruction.” He added that “what is objectively ‘marriage’ cannot be destroyed.”

The archbishop said, “Marriage, as it has always been understood, is between two different parties. A law cannot now or ever destroy something so essential.” He invited those who celebrate the approval of gay “marriage” to exercise “true and authentic tolerance” just as do Catholics who “respect their way of thinking, but then we also demand that they sincerely respect what our faith, our way of thinking and believing, invites us to live and express.”

According to Ibarra’s LinkedIn page, his Social Diversifiers Network is a group of young people engaged in strategies to spread “social transformation.” The group seeks to create “discrimination-free zones” for persons other than heterosexuals: gays, lesbians, and transsexuals. The LinkedIn page reads: “Transexuals, transgenders, genderless, queers: we all have a right to decide about ourselves.”

Ibarra told the Pulso news site that Church leaders “sometimes forget that they are also subject to the law and should observe it, and contribute to an environment of healthy coexistence and respect to the rights of everyone.”

Regarding the legislation on gay “marriage,” the archbishop said, “At this point in history in San Luis Potosí we can respect, but we cannot approve something that according to our consciense as a church community we cannot accept.”

In his pastoral statement, Archbishop Cabrero said, “We do not affirm that the Church has lost. To the contrary, its faith and convictions are unchangeable and will not change just because some persons think or believe differently.” Globalization, he said, and the influence of communications and the power and intelligence of a few have had the consequence of introducing values seeking to change the teachings of the Church, which it continues to uphold.