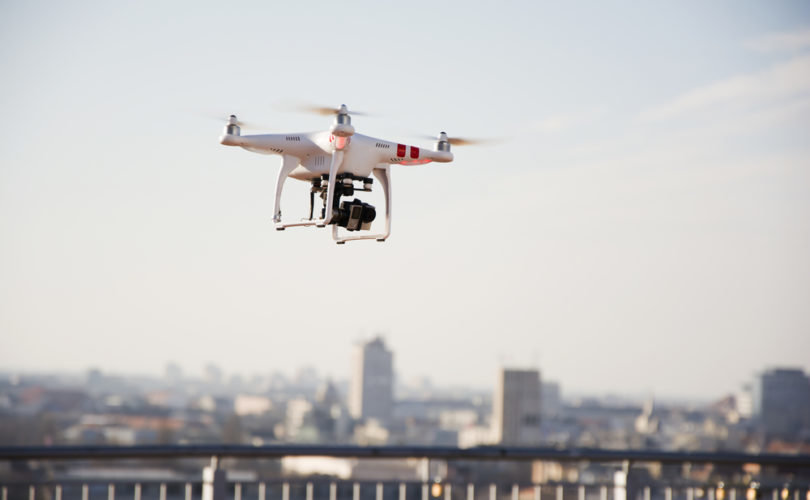 June 23, 2015 (LifeSiteNews) — The Dutch abortionist organization Women on Waves, notorious for providing shipboard abortions offshore of countries where abortions are prohibited, has announced that it will be sending an “abortion drone” carrying chemical abortion pills from Germany to Poland.

A press release from the group says the drone will fly from Frankfurt, Germany, to Słubice in Poland on Saturday June 27, carrying an unspecified number of the abortion pills that make up the RU-486 abortion regimen, mifepristone and misoprostol.

The drugs are legal in Germany but not registered and therefore illegal to use in Poland.

Polish law restricts abortion to medical necessity due to a serious threat to the mother's health if the pregnancy is allowed to continue, in cases of rape or incest, and when a severe fetal abnormality is diagnosed.

“We can’t stop pointing out the lack of safe access to abortion and medical abortion pills. It’s a violation of women’s rights. We have to make every effort to make sure they get that access,” said Women on Waves founder Rebecca Gomperts, according to The Telegraph, of her plan to drop illegal drugs in Poland.

“We’re very interested in the new developments around drones,” Gomperts added. “In a sense it’s a campaign to call attention to the reality for women in Poland. But there’s a future for it as a delivery model. We might do it in Ireland.”

While the Dutch abortionist organization claims chemical abortions are “safe” and “can easily be done by women themselves at home without supervision by health professionals,” and that “a medical abortion has the same health impact as a spontaneous miscarriage,” mounting evidence of death and severe adverse effects from use of the drugs reveals a dangerous reality.

The US Food and Drug Administration fast-tracked the approved RU-486 in 2000, but with a protocol that requires a doctor's supervision during three office visits, along with specific dosages and routes of administration, all within 49 days from the beginning of a pregnant mother’s last period.

Since that approval Americans United for Life attorney Mailee Smith has pointed out that eight US women have died from severe bacterial infections following unsupervised use of RU-486, such as Women on Waves is advising Polish women to do.

Following the death of an Australian woman from sepsis, a severe bacterial infection in the bloodstream, several days after taking RU-486, Dr. Deirdre Little of New South Wales said, “This drug is not as safe as it is touted to be, it needs a lot more supervision than is usually available, particularly in rural areas; and it is a drug with some unpleasant side effects as well as complications.”

Explaining why chemical abortions can cause infections, she said, “The drug will cause fetal demise, but the baby may not come away straight away, and the placenta may not come away completely. So you can end up with tissue in the uterus that is a good medium for bacteria growing, that the uterus hasn’t expelled. So you’ve got a uterine surface that is prone to infection, and then that gets into the bloodstream causing septicemia.”

“Side effects such as pain, nausea, vomiting, diarrhea have been severe enough to put women in the hospital,” NRL states.

“The most serious concern, however, is bleeding, which can be excessive and extensive. Women taking RU-486 usually bleed for at least a week or two, with 9% bleeding for 30 days or more,” the pro-life group's research has found.

“The amount of blood loss is significant, nearly four times the average blood loss from a standard surgical suction curettage abortion,” with 2 women per 100 needing surgical intervention to stop the bleeding, while “at least one out of every 100 women in the [clinical] trials had to be hospitalized.”

NRL concludes that “the seriousness of these so called 'adverse events' should not be minimized” and that “complication rates and compliance problems are likely to be much worse in the open market,” with the result that women taking the drugs with no medical consultation and unsupervised “may face the most painful and dangerous part of her abortion all alone, precisely when she could require the greatest help, support, and medical care.”