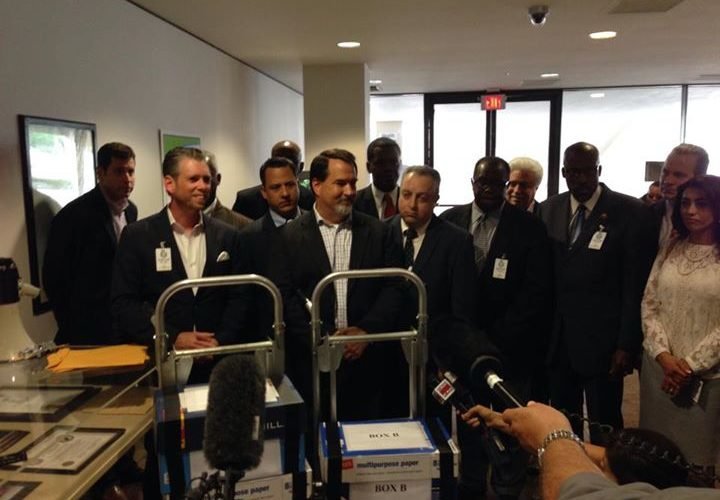 Backers of a Houston city ordinance banning discrimination based on “sexual orientation” and “gender identity” have published the names of 31,000 pro-family citizens who signed a petition opposing the ordinance because they believed it violated freedom of religion and conscience.

The city council passed the ordinance, which applies to companies with 15 or more employees, in May with the support of openly lesbian Mayor Annise Parker. The council voted 11-6 in support and Parker signed it on May 28. Due to “a public emergency” being declared in Section 6 of the ordinance, it was to take effect on June 28.

However, the No UNequal Rights coalition — led by city religious leaders — argued that the issue should be put to voters this fall. On July 3, they sent a petition with more than 31,000 signatures to the city secretary, far more than the minimum number of 17,269 signatures needed to get a ballot vote. After the city secretary said that too many pages were not done in line with the city's rules, the mayor’s office ignored the petition.

The coalition filed a lawsuit, to be heard today. The deadline for a ballot initiative is Monday.

As the legal process proceeds, however, opponents of the ordinance are crying foul after ordinance supporters published the petitions at HEROpetition.com

Americans for Truth's Peter LaBarbera told LifeSiteNews that while petitions are generally public, “to my knowledge homosexual activists are the only special interest group to publish the names on big petition drives in an obvious attempt to intimidate pro-family Americans. Since petition campaigns are a public process, the names can be accessed by anyone and published. But nobody does that.”

“Leave it to fanatical 'gay' activists to actually publish the names of people who are merely exercising their rights as engaged citizens and voters,” he said.

LaBarbera cited what he said are “bullying tactics” by “homosexual activists to achieve their agenda.” He pointed to how activists had done the same in the past when marriage amendments were being discussed, and that the National Organization for Marriage saw its donor list be illegally published.

Many social conservatives believe non-discrimination laws are harmful to religious freedom, because, LaBarbera noted, they “foment discrimination against people of faith.”

Pressure against marriage supporters is nothing new. Chase Bank has asked employees if they are gay allies, and the former CEO of Firefox was forced out of his job for donating to Proposition 8 in 2008. In 2012, a Portland, OR church was vandalized by a group calling itself “Angry Queers.”

Jonathan Saenz of Texas Values, which opposes the measure, told Charisma News that testimony about the petition included the statement “you can find out if your neighbor is against the ordinance.”

“So I hope we don't see homosexual advocates start targeting people and trying to name them and trying to put pressure on them and force them out of their job and somehow cause a negative effect on their livelihood,” he said. “We've seen that happen in other cases across the country. And I hope that's not what we see in Houston.”

LaBarbera says that Parker's office should “let the process and vote go forward.”