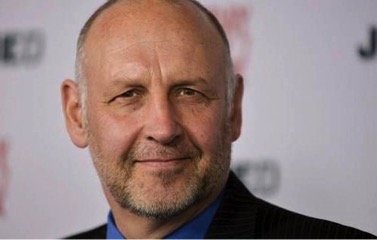 April 26, 2021 (LifeSiteNews) – Actor and director Nick Searcy blasted Hollywood in a recent interview with LifeSite’s Rebekah Roberts, calling for conservatives to “build our own entertainment system.”

“I do not think Hollywood is redeemable,” Searcy told LifeSite. “I think that they have destroyed their own industry. And I don't think a large percentage, if not a majority of the American people are never going to trust them again. So, I think that we have to build our own system.”

Searcy, a veteran of the movie industry, is known for directing Gosnell, a film about Philadelphia abortionist and convicted murderer Kermit Gosnell, who is estimated to have killed hundreds of babies born alive during abortions before his arrest in 2013.

“The entertainment industry in Hollywood has been, you know, marching towards the left for fifty or sixty years. They’ve been in it for the long haul,” Searcy said. “And we as conservatives have to start realizing that storytelling and narrative and entertainment is what is affecting our children, is what is inculcating them into a system of belief that we don’t ascribe to,” he added.

“I'm working with a company called Creative Media right now that is trying to build its own platform that will compete with Netflix and YouTube and those things,” Searcy continued. “And I know there are a lot of people doing that right now, but that’s what has to happen. We have to build our own entertainment system because Hollywood’s dead and it’s not coming back.”

America, America contains “a lot of history” that children “are not getting in schools anymore because they’re deliberately not teaching it to them,” Searcy told LifeSite. “We have to divorce ourselves from these government schools,” the Gosnell director added, saying that the more people who homeschool their children “the better off we’re going to be.”

Searcy also previewed an upcoming project, The Trouble with Free Speech. “It’s basically a movie about the crackdown on freedom of speech that the left has been doing, especially in the last year or so with closing the churches” and Big Tech’s crackdown on conservative users.