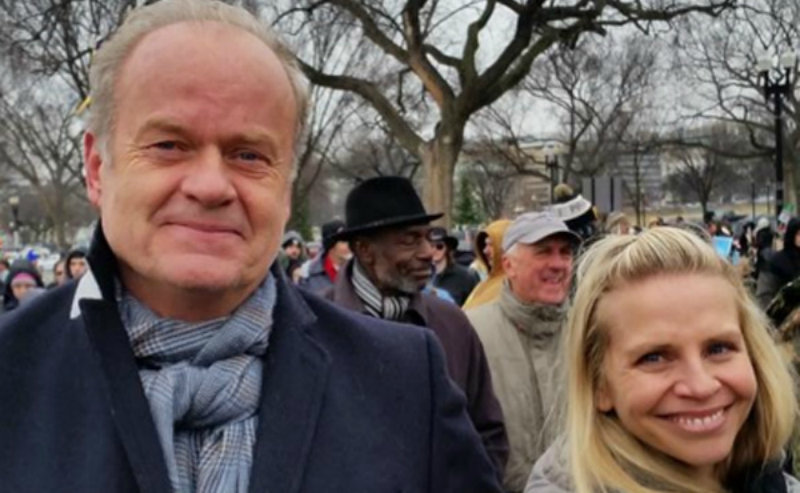 Kelsey Grammer and his wife Katye at the March for Life in Washington D.C. on Friday.

Jan. 23, 2016 (LifeSiteNews) – Actor Kelsey Grammer, best known as the title character on the long-running sitcom Frasier, wasn't always pro-life. But at some point in the past six years, he had a conversion on the issue.

Particularly in the past few months he has become even more visible in his stance defending the right to life of the unborn. Last October he posted a photo of himself on Instagram sporting a pro-life t-shirt created by the group Abort73.

“Would it bother you more if they used guns?” reads the t-shirt.

Then, just this week, he and his wife Katye were spotted braving wintry weather to attend the March for Life in Washington D.C.

The famous couple posted a photo of themselves at the march to their Instagram account. Another photo taken by a fan has been circulating around Twitter.

Grammer has publicly campaigned for Republican presidential hopeful Rudy Giuliani and candidate John McCain, and has made no bones about being for small government. His messy personal life hasn’t dimmed his enthusiasm for religion or espousal of neo-conservative values.

Though as late as 2010 he was describing himself as pro-choice, in July he attended the National Right to Life convention in New Orleans where he listened to several Republican presidential hopefuls and was photographed with one of them, Ben Carson.