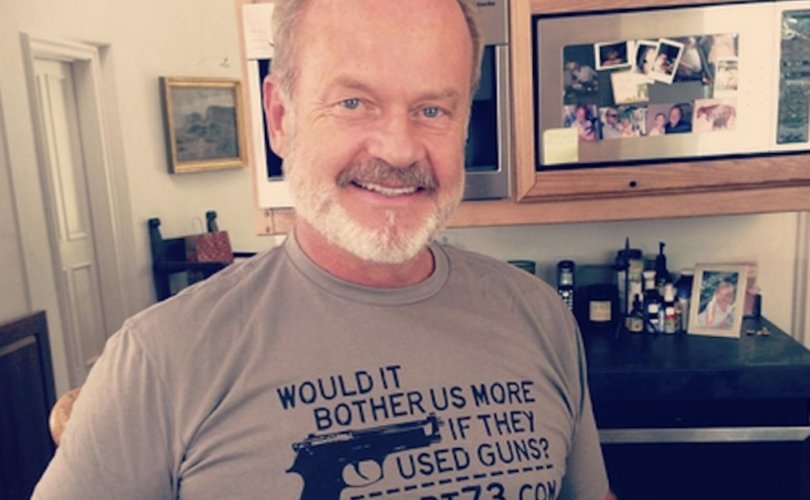 July 6, 2016 (LifeSiteNews) — Emmy-award winning actor Kelsey Grammer slammed the euphemism “reproductive rights” as “dishonest” and lamented the practice of killing pre-born children because they were conceived in rape in an interview with the UK publication The Times.

“It gets a bit dishonest to call something reproductive rights when you clearly have a choice well before a baby is conceived,” Grammer said. “If someone has to die as a result of rape, then we should kill the rapist — not the unborn child.”

“Injustice” is one of the few things that makes Grammer mad, he said.

Grammer, who is famous for his role on the NBC sitcoms Cheers and Frasier and voicing Sideshow Bill on The Simpsons, attended the 2016 March for Life. In July 2015, he attended the National Right to Life Convention in New Orleans.

In October 2015, Grammer’s wife posted a photo online of him sporting a t-shirt from Abort73, which asked, “Would it bother us more if they used guns?” The shirt drew praise from pro-lifers and heavy criticism from abortion activists and the liberal media.

In previous years, Grammer identified himself as pro-choice, but he converted to the pro-life cause roughly six years ago.