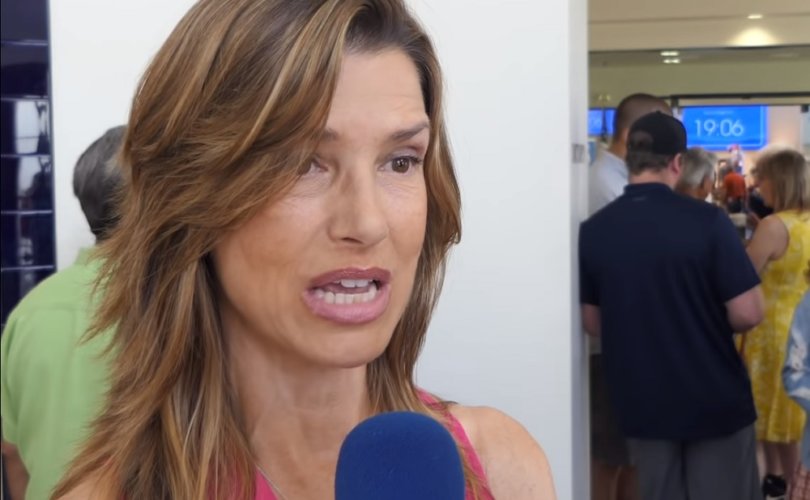 August 21, 2020 (LifeSiteNews) — Christian actress Sam Sorbo, the wife of actor Kevin Sorbo — of God’s Not Dead and Hercules fame — told LifeSiteNews after attending an illegal church service in California that it’s her “God-given right to be able to worship God freely.”

Godspeak Calvary Chapel in California has kept its doors open despite liberal Democratic governor Gavin Newsom’s executive order banning indoor worship services across the state. Several Christians who have been attending the mega-church in recent weeks spoke to LifeSite’s Lisa Stover. One of them was Sam Sorbo, an actress, author, and mother of three children.

“It’s my God-given right to be able to worship God freely, and it’s protected by the Constitution,” Sorbo stated.

She also explained that it’s frustrating to see the government overstep its bounds and disregard the constitutional, God-given rights of every American citizen. She encouraged Christians to take a stand in the face of government restrictions that have “no scientific basis whatsoever.”

Sorbo also remarked that Christians should be “afraid of the compliance they’re practicing” by obeying Newsom’s order. Parents should homeschool their children, she continued. We should “not sacrifice our children to the State.”

Sorbo’s final bit of encouragement was that Christians need to “stand for freedom, because that’s the message in the Bible, and that’s why Jesus came.”

While at Godspeak, LifeSite’s Lisa Stover interviewed other Christians concerned about government overreach during this time of uncertainty. Watch the whole series of videos below:

‘God has not called us to be cowards’: Another pastor stands against church closures

‘My faith is everything’: California church members share why it’s important to worship freely