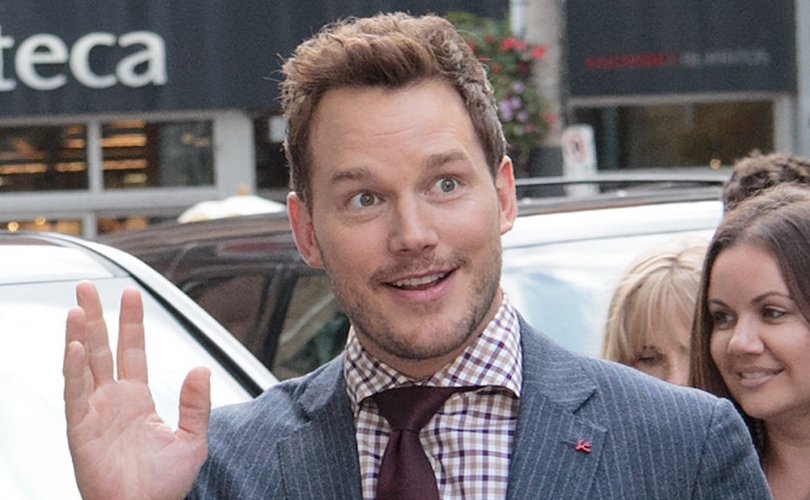 February 11, 2019 (LifeSiteNews) – Lesbian actress and left-wing activist Ellen Page accused actor Chris Pratt of belonging to a church that “hates a certain group of people” over the weekend, despite the Guardians of the Galaxy star’s church being largely silent on homosexuality.

Last week, Pratt appeared on Stephen Colbert’s Late Show, where he discussed attempting the Daniel Fast, named after the prophet Daniel and consisting of 21 days of prayer, drinking only water, and eating only fruits, vegetables, and grains. “I was inspired by my pastor to do it. It’s kind of like our Lent, you know, you give something up,” he said. “So, for 21 days I had no meat, no sugar, no alcohol, and it was actually amazing. It was really cool.”

Page, who starred in the life-affirming 2007 film Juno as well as Inception and two of the X-Men films, subsequently took to Twitter to slam Pratt for not addressing that “his church is infamously anti lgbtq” and “belong(ing) to an organization that hates a certain group of people,” and declaring that “there aren’t two sides” to “LGBTQ.”

Oh. K. Um. But his church is infamously anti lgbtq so maybe address that too? https://t.co/meg8m69FeF

If you are a famous actor and you belong to an organization that hates a certain group of people, don’t be surprised if someone simply wonders why it’s not addressed. Being anti LGBTQ is wrong, there aren’t two sides. The damage it causes is severe. Full stop. Sending love to all

If lgbtq+ people are expressing their pain, their trauma, their experiences…maybe just try and listen? Open your heart, stop being defensive and have compassion. It’s a beautiful and life changing feeling, empathy.
Much love truly to all.

In response to someone who asked why Page couldn’t simply respect Pratt’s beliefs, she suggested he was guilty of “complacency.”

Pratt attends Zoe Church in Los Angeles and has publicly credited the writings of its lead pastor, Chad Veach, for helping reinforce his faith. Page appears to be basing her attack on Veach’s former affiliation with LA’s Hillsong Church, after which Veach says he modeled Zoe Church. “We are a gay welcoming church, but we are not a church that affirms a gay lifestyle,” Hillsong global senior pastor Brian Houston wrote in 2015.

“I do believe God’s word is clear that marriage is between a man and a woman. The writings of the apostle Paul in scripture on the subject of homosexuality are also clear,” he elaborated at the time, adding that Hillsong does not “knowingly have actively gay people in positions of leadership.”

Zoe Church has not taken a similar stand, however. No statements about homosexuality appear on its website, and Veach has suggested in the past that he actively avoids public discussion of controversial issues.

“We’re here to bring hope to humanity. We’re here to talk about God. This is not the place for a political agenda,” he told The New York Times last year. “This is the last place. When I come to church, you know what I need? I need encouragement.”

Pratt, who also stars in the Jurassic World and Lego Movie franchises, has gained something of a following among conservatives and Christians for publicly espousing his faith and celebrating America, as well as poking fun at political correctness. He and ex-wife Ana Faris have a six-year-old son, and Pratt is currently engaged to lifestyle blogger Katherine Schwarzenegger.

Page is an atheist who announced she was a lesbian in 2014. Despite Juno being the story of a pregnant teen who chose life, she and fellow cast member Jennifer Garner hosted a reading of its script in 2017 to raise money for Planned Parenthood.