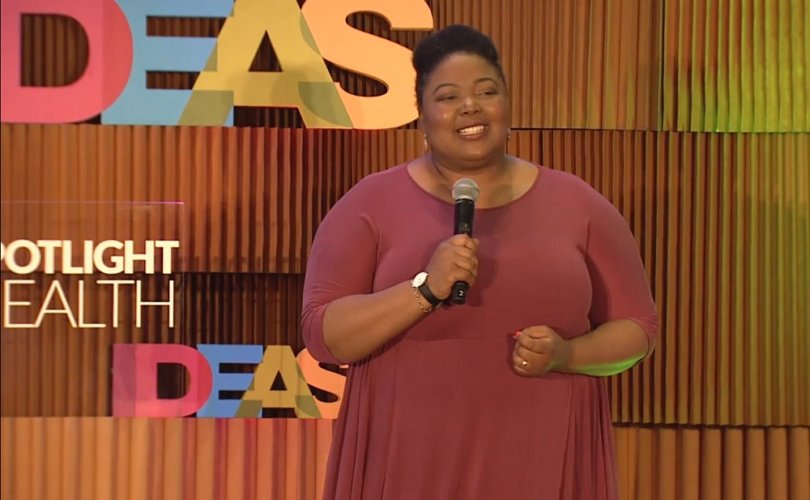 NEW YORK, September 4, 2020 (C-Fam) — The United Nations has appointed as its top expert on health and human rights a former abortionist who advocates for teen prostitution.

Last April, the author of “Dr. T: A Guide to Sexual Health and Pleasure” and host of a South African television show “Sex Talk with Dr. T,” drew a strong rebuke from human trafficking survivors and groups that advocate for them when she penned an article in Teen Vogue encouraging young girls to consider “sex work.”

“I believe sex work and sex worker rights are women’s rights, health rights, labor rights, and the litmus test for intersectional feminism” wrote Dr. Tlaleng Mofokeng in her 2019 article Why Sex Work is Real Work. “The idea of purchasing intimacy and paying for the services can be affirming for many people who need human connection, friendship, and emotional support. Some people may have fantasies and kink preferences that they are able to fulfill with the services of a sex worker.”

Dr. Mofokeng’s op-ed outraged abolitionists working to end sexual violence perpetrated against vulnerable women and girls. At the time, Mofokeng was only a sexual health and rights advocate. One year later, the South African physician has been elevated to the top position of UN Special Rapporteur on the Right to Health, where she will take her prostitution decriminalization campaign global.

“The idea that legalizing or decriminalizing commercial sex would reduce its harms is a persistent myth,” said Deidre Pujols, Founder of Open Gate International and Co-founder of Strike Out Slavery. “Many claim if the sex trade were legal, regulated, and treated like any other profession, it would be safer. But research suggests otherwise. Countries that have legalized or decriminalized commercial sex often experience a surge in human trafficking, pimping, and other related crimes.”

“Sex buyers do not view the women they purchase as individuals worthy of respect, but instead as subhuman objects to use,” Haley McNamara told the Friday Fax. McNamara, Vice President for the UK-based International Centre on Sexual Exploitation (ICOSE) cited a U.S.-focused study that found 75% of women in prostitution reported they were raped by sex buyers.

The UN has drawn opposition from the anti-trafficking community before. In the past decade, UN agencies like UN Women, UNAIDs and the Office of the High Commissioner for Human Rights have all taken neutral positions on the decriminalization of prostitution.

“The law that Dr. Mofokeng advocates for fully decriminalizes all aspects of the sex-trade, including brothel-keepers and pimps (aka traffickers), said Helen Taylor, Director of Intervention for Exodus Cry. “The United Nations ought to be the last place to advocate for human-traffickers and the buyers who fuel demand to be legalized.”

Taylor urged the UN and Dr. Mofokeng to take a “survivor-centered approach and align with the Equality model of partial decriminalization only” which aids exploited women and girls and criminalizes the buyer.

“The brutality of prostitution is inherent and systemic, wrote Jewell Baraka in response to Mofokeng’s appointment. Baraka, a survivor of sexual exploitation with Exodus Cry implored Dr. Mofokeng to reconsider her views on prostitution. “Violence of sex buyers is not eradicated by a choice and those that do choose it completely of their own volition are rare. Most survivors do not tell a story of choice, but of force, fraud, and coercion that landed them in prostitution and kept them from leaving.”

Appointed by the Human Rights Council in Geneva, special rapporteurs are independent from UN Member States and yield considerable influence on how human rights obligations are interpreted within the UN bureaucracy. Mofokeng’s reports advancing sexual rights, including the legalizing of prostitution, will likely be cited as authoritative interpretations of human rights law by UN agencies and like-minded Member States.