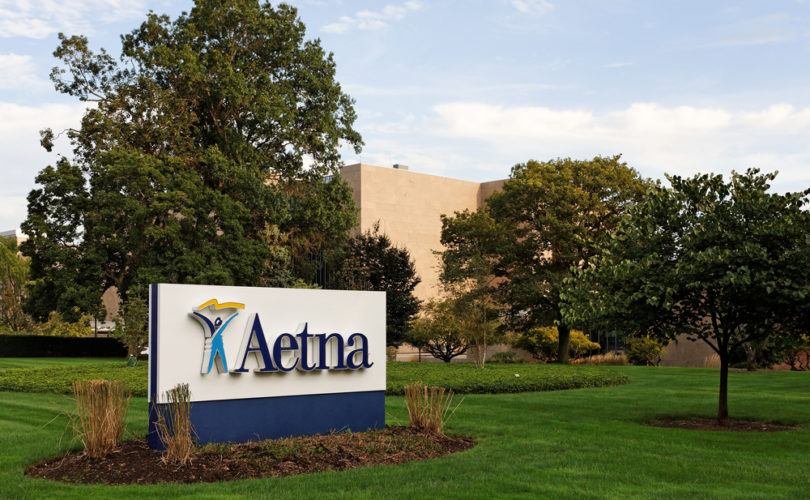 ST. LOUIS, MO, May 20, 2015 (LifeSiteNews.com) – Three strikes, and you're out. That's the message insurance giant Aetna has heard from the state of Missouri after being smacked with a $4.5 million fine – the largest in state history for insurance violations – for covering elective abortions.

Missouri has required that insurance companies pay for elective abortions through premiums paid into a separate insurance policy. This prevents pro-life Missourians from subsidizing abortion against their will.

However, Aetna paid for nine elective abortions, in violation of the 1983 state law.

The company also refused to pay for services related to the diagnosis and treatment of autism spectrum disorders. Such coverage is mandated by Missouri insurance statutes.

Inspectors say the company had not taken corrective action since 2012, when it paid a $1.5 million fine for covering elective abortions but not covering autism in violation of the same laws. In that case, Aetna also refused to allow employers to opt out of contraceptive coverage, transgressing a third state law.

The massive penalty is the second for Aetna in three years for the same offense. If it violates the law a third time in the next three years, the company could lose its license to do business in the state.

“This agreement demonstrates that we will hold Aetna or any other insurance company responsible to the people of this state – particularly children with autism disorders – to provide the coverage the law requires,” Gov. Jay Nixon said while announcing the settlement yesterday.

Nixon, a Democrat who supports abortion-on-demand, has vetoed abortion waiting period laws and refused to sign a ban on telemed abortions.

“When an insurance company chooses to do business in our state, they agree to follow our laws,” the governor said. “These were serious violations that deserved serious punishment – and that’s what Aetna received.”

Under the agreement's terms, one-third of the assessment – $1.5 million – will be forgiven if Aetna obeys the terms and corrects its actions during a three-year observation period.

Aetna pays $1.5 million for forcing businesses to pay for abortion, contraception
AETNA Insurance Will Cover Any Abortion, for Any Reason, Any Time During Pregnancy