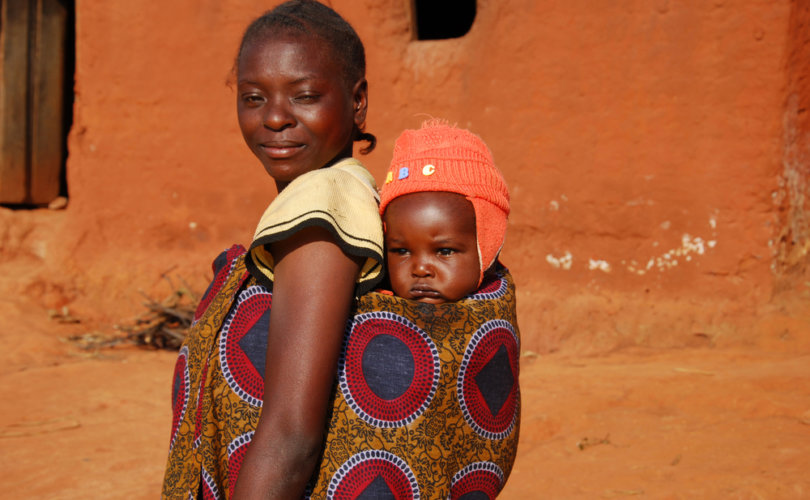 NIGERIA, August 19, 2016 (LifeSiteNews) — The Anglican Communion is headed for another worldwide standoff over homosexuality.

Nigerian Archbishop Josian Idowu-Fearon, the secretary general of the global Anglican Communion, has drawn a line in the sand, vowing that he and African faithful will never accept same-sex “marriage” as legitimate or biblical.

The archbishop has rebuffed Western ridicule characterizing the African Anglicans as behind the times, flatly stating that African churches are progressive precisely because they refuse to kowtow to liberal Western immorality but instead live according to “the will of God in the kingdom of God, which is the real future for humanity that measures all human progress.”

Idowu-Fearon complained that the poorer Anglican churches are being “swept aside by a campaign to change the church’s teaching on marriage and so-called rights of equality.” In an address to the Council of Anglican Provinces in Africa, he announced, “We will not crumble or bow the knee to a godless secular culture that despises the Bible and what it teaches.”

“The archbishop is absolutely right to recognize the paternalism and condescension that imbues the ‘progress’ that seeks to redefine marriage,” Father Shenan J. Boquet, a Catholic priest and president of Human Life International (HLI), told LifeSiteNews. “Cardinal Sarah and many other Catholic bishops in Africa are also standing strong against this ideological colonization from the West, as they see the rot within Western culture and love their own people too much to remain silent as it is imported into Africa.”

Archbishop Idowu-Fearon issued a call to African Anglicans to “set the pace” for Anglicans worldwide, steadfastly standing for traditional marriage. His call to biblical fidelity was applauded by church leaders at the conference.

Meanwhile, in the United States, Anglicans champion gay “marriage” and homosexuals are ordained to the Anglican episcopacy.

Father Boquet added, “If Africans reject 'aid' from the West that comes with such destructive strings attached, and continue to defend life and family while stopping government corruption and developing the structures that make flourishing possible, Africa will be leading the world before long.”

The HLI president applauded Idowu-Fearon's stand and called upon Catholics around the world to stand alongside the African Anglicans. “Such statements as this from the Archbishop Idowu-Fearon deserve public support and solidarity from Catholics,” he said.

David W. Virtue, president of the largest and most widely read Anglican online news service, told LifeSiteNews that Idowu-Fearon's stand is not without danger. “On the one hand, I applaud Dr. Fearon for taking a stand alongside his African brothers and sisters against Western progressivism, especially on sexuality issues. His province, the Anglican Church of Nigeria, has taken the toughest stand on pansexuality issues not only on the continent of Africa but in the worldwide Anglican Communion.”

“They have seen death and destruction of Anglicans at the hands of Boko Haram because of progressive and post-modern Western attitudes to human sexuality,” Virtue said, adding, “The Global Anglican Future Conference was formed as a counterpoint to western Anglican acceptance of homosexuality.”

The Global Anglican Future Conference began in 2008 as a seven-day meeting of conservative bishops and leaders to address the growing divisions in the Anglican Communion.

“On the other hand, Dr. Fearon heads an instrument of Anglican unity known as the Anglican Consultative Council (ACC), based in London. He must represent all sides of the coin on this and other issues, especially the American-based Episcopal Church that is responsible for paying a large portion of the ACC budget in the UK ($400,000 a year),” Virtue explained. “He dare not bite the hand that feeds him.”

Virtue predicted that if Idowu-Fearon maintains his bold stand, he will be persecuted. “We have not had a backlash to this statement from either the Presiding Bishop of The Episcopal Church or the Archbishop of the Anglican Church of Canada yet, but you can be sure they are not happy with this statement,” he said.

“The fallout has yet to occur, but if Dr. Fearon remains true in his resolve that Africa will not compromise on this issue and that he supports this position consistently and does not back down, then it could be a game changer.”

“Time will tell, but for the moment the jury is still out,” Virtue cautiously concluded.

A deep rift exists among Anglicans who hold to traditional values and those who advocate for gay “marriage” and lesbian ordination. In 1998, the Anglicans passed a resolution that “marriage [is] between a man and a woman.” The resolution clearly stated that homosexual behavior is “incompatible with Scripture,” and concluded that same-sex marriage and ordaining gays is contrary to Anglican teaching.

In January of this year, the Episcopal Church in the United States was criticized and warned of “consequences” for breaking the 1998 resolution and “marrying” homosexuals.  With such an impotent global response, the Anglican Church in Canada and The Scottish Episcopal Church have both since come closer to legitimizing same-sex “marriage.”

The contentious issue is certain to be at the top of the agenda during the next worldwide Anglican conference set for October 2017.