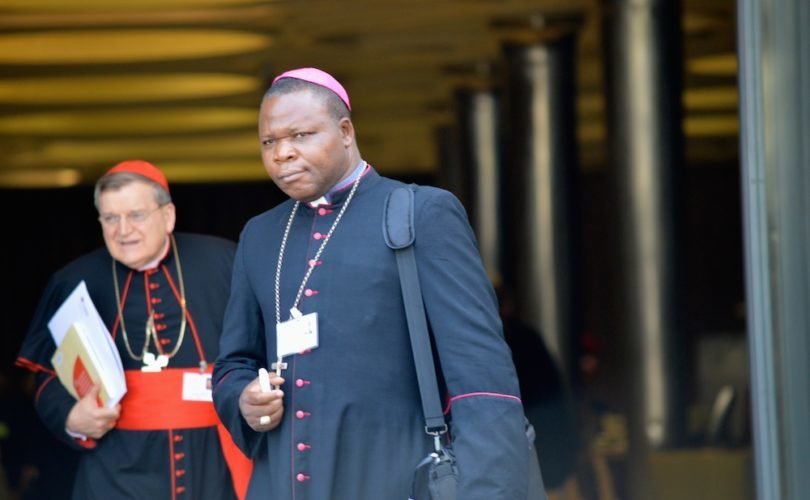 A bishop from Ghana will use his four-minute address at the Extraordinary Synod on the Family, which opened Sunday, to stress the need for more rigorous marriage preparation and the problem of Western promotion of homosexuality through foreign aid, he told LifeSiteNews in a video interview.

Joseph Osei-Bonsu, bishop of Konongo-Mampong in Ghana, said countries such as the U.S.A. and U.K. will not give his country financial assistance unless it is willing to redefine marriage to include homosexuals.

“These countries want to give us aid, but on condition that we respect what they call ‘gay rights.’ In other words, we should make it possible for men to marry men,” he said. “That goes against our Ghanaian and African cultures.”

Homosexual acts are illegal, in varying capacities, in 40 out of 53 African countries, according to a survey by the International Gay and Lesbian Association.

The bishop said nobody in the West can accuse Africans who defend natural marriage of unfairness or injustice towards people who identify as ‘gay’ because “God created us as man and woman.”

“Marriage is an affair between a man and a woman,” he said. “We have to respect what God has put in nature and not just do according to what we feel.”

The bishop also noted how seminarians are given years of training in preparation for the priesthood while couples preparing for marriage are often given only a few days of preparation.

“We should have a bit more time for couples [preparing for marriage],” he said.