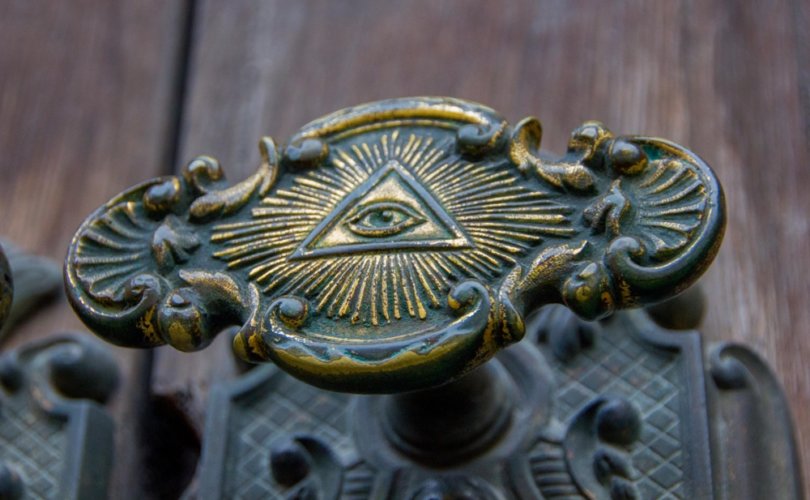 July 23, 2019 (LifeSiteNews) — The Bishops’ Conference of Cameroon (CENC) recently published a pastoral letter condemning Freemasonry,  Rosicrucianism, and sorcery, by which the conference called on all Catholics to oppose these groups and beliefs. The signing of this text appears to be one of the first public acts of the newly named president of the national bishops’ conference, Bishop Abraham Bialo Kome of Bafang (western Cameroon). All the other Cameroonian bishops also supported the text through their national conference.

It comes after a similar initiative in the 1990s, when the Cameroonian episcopate first published a document condemning “esoteric sects.”

News of the letter that came out at the end of June was published in the local press on July 4 and then went on to attract international media attention. According to cameroun.web, it was actually signed on May 4, during the CENC’s general assembly.

The bishops made clear that they are worried about the growing success of these anti-Christian movements, which they do not hesitate to show as being incompatible with belonging to the Catholic Church.

“At the moment, in some parishes of our dioceses, in parish councils and even in some diocesan organizations, there are more and more people in positions of responsibility, people belonging to Freemasonry, the Rosicrucians, or who are into sorcery, to whom the sacraments that Jesus Christ entrusted to our Holy Mother the Church are administered without any scruple,” they wrote. “Such a situation requires clarification.”

Their words make abundantly clear that these practices make it impossible to worthily receive Holy Communion as long as ties have not been cut with said organizations or practices.

Cameroun.web commented, possibly quoting a part of the document that is not available on the internet: “As time passes, esoteric practices are increasingly finding a place to prosper in society. The naive and the ignorant are the main victims of the followers of these occult practices. Seeing the phenomenon set its milestones within churches in order to divert Christians from the path of truth, the bishops decided to abandon their reserve to prevent such acts from flourishing.”

Equating Freemasonry and Rosicrucianism with traditional witchcraft, as the bishops did, cannot be pleasant for Freemasons and Rosicrucians who pride themselves on their rejection of any kind of dogma or anti-rational behavior, as they would put it. Being tarred with the same brush as African sorcerers, as unprincipled profiteers of simple people’s ignorance and gullibility, must have hurt them even more.

But occultism is indeed the common factor: these groups work as secret societies in order to further aims that they do not completely reveal to the ordinary public, while calling on some form of spirit world that can only be opposed to God Almighty.

As the bishops put it, “in the name of our duty to teach, we give you this pastoral letter not only to remind you of the main lines of the Magisterium on Freemasonry, the Rosicrucians, and the belief in sorcery, but also to give you pastoral directives to enlighten and sustain your faith in Jesus Christ, who died and rose from the dead.”

The document goes on to explain the Church’s serious grievances against the three occultist groups.

Freemasonry, recall the bishops, is an “initiatic society.” “To become a member of a lodge, the candidate must first be accepted and then initiated to the observance of the secrets of closed societies; the members or fraters (brothers), recognize themselves by signs; they alone possess the secrets under oath.”

This is totally opposed to what the Church teaches and how: the Catholic Church is not a gnostic society that offers wondrous or lucrative private knowledge to a select group of illuminati, but calls on all its members to hear its teachings and to reach the full truth of Jesus Christ.

But it is not only the culture of secrecy that makes Freemasonry incompatible with the Catholic faith.

“Freemasonry presents itself as a humanistic, naturalistic and essentially rationalist philosophy dedicated to the search for truth. But it considers the truth to be accessible only by reason. It therefore rejects the light of faith and the dogmas of the Church,” wrote the bishops, explaining that Freemasons base their way of thinking on the rejection of all Catholic dogmas that find their source in God’s own revelation.

Freemasonry “therefore rejects the light of faith and the dogmas of the Church. As such, it excludes the possibility of an absolute truth and opens us to the universe of relativism, since what is asked of a Freemason is to be a free person, that is, one who is not subject to dogma or passion. It is in this perspective that the ‘god’ of the [Freemasons] is rather considered as the ‘Great Architect of the Universe,’ a kind of abstract divinity that does not really care about men,” wrote Cameroun.web.

It added: “However, the central point of the Catholic faith is the passion, death and resurrection of Jesus for the salvation of all men,” before quoting the bishops’ own words once again:

The Christian religion is not our invention, but a religion revealed by God himself to Moses, and brought to fulfillment by Jesus Christ. Our faith is based on all the truths revealed by God. These truths are also called dogmas. No Catholic can challenge them without denying his faith: they are the dogmas of the Holy Trinity, the Incarnation, the Resurrection, the Ascension, the Immaculate Conception, and the Assumption of the Virgin Mary.

Rosicrucianism, an esoteric order founded in the early 17th century that is not unlike Freemasonry, rests more evidently on the idea that a secret science handed down from ancient times can give its initiates insight into the workings of nature and also the spiritual realm. It was also condemned by the bishops of Cameroon.

They recalled that Catholic Christians cannot adhere to such a doctrine because it is contrary to evangelical truths. They also condemned the fact that the Rosicrucians consider God “as a kind of spiritual energy, the ultimate source of all spiritual and material vibrations.” Its approach is close to “pantheism,” they made clear.

As to sorcery, asking Cameroonian Catholics to consider its effects, the bishops called it a “dangerous phenomenon,” insisting that “discernment is urgently necessary so that African people can grow in lucidity.”

They also urged the ordinary faithful “to keep on squarely reaffirming the faith in Jesus Christ who died and rose again, the prudent and not to let themselves be enrolled by these doctrines which are contrary to the Christian faith.”

The pastoral letter of the bishops of Cameroon could not be more timely as far as sorcery goes. At least one of the objectives of the upcoming Synod for the Amazon, as set out in the recently published working document (Instrumentum laboris), is clearly to value and promote traditional native rites and medicine, even though these are often intertwined with or even identical to sorcery and pantheistic ceremonies. So doing, it also promotes relativism, which is the trademark of Freemasonry.

One traditional missionary in Africa recently spoke to LifeSite about his worry that the Amazonian Synod will cut the legs out from under Catholic priests in promoting “traditional” practices that ever larger numbers of Africans are returning to, when those priests are trying so hard to turn them away from what are in fact idolatrous acts.

The bishops of Cameroon are asking in particular for all those responsible for teaching the Faith to Catholic believers to do their duty in that respect. They should “intensify the solid and unambiguous teaching of Catholic doctrine, since ignorance is a decisive factor in the adherence of the faithful of Christ to Gnostic sects and groups,” the bishops wrote.

This is not the first time that African bishops have spoken out clearly against Freemasonry, Rosicrucianism, and sorcery. In May 2018, for instance, the bishops’ conference of Ivory Coast published a 53-page document explaining the incompatibility between Catholicism and Freemasonry, also offering advice on how to resist the temptation to enter a large. They also condemned the “relativism” that is proper to Freemasonry and its consideration of Jesus Christ as an exceptional man, but not as God the Son. They recalled in particular that the position of the Catholic Church regarding Freemasonry has never varied and that the code of Canon Law of 1983 confirmed the “negative judgment of the Church” as to Masonic associations.