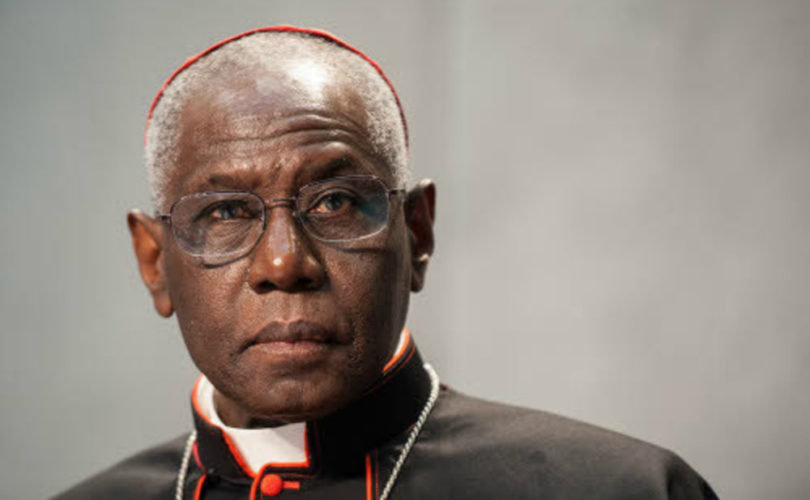 ACCRA, Ghana, June 17, 2015 (LifeSiteNews) — A consultative meeting of African prelates held last week in Accra, Ghana, has culminated in the 45 bishops and 5 cardinals representing episcopal conferences across the continent expressing their intention to present a united determination to defend Church teaching about marriage and family at the upcoming Synod of Bishops on the Family.

At the opening ceremonies of the meeting, Guinean Cardinal Robert Sarah, prefect of the Vatican’s Congregation for Divine Worship and Discipline of the Sacraments, appealed to the bishops of Africa to remain united and courageous in opposing policies that are detrimental to positive family values.

“I encourage you to speak with clarity and with one credible voice and with filial love of the Church. Be conscious of the mission of the Church; protect the sacredness of marriage which is now being attacked by all forms of ideologies that intend to destroy the family in Africa. Do not be afraid to stress the teaching of the Church on marriage,” said the cardinal.

He urged the bishops to speak out against national and international policies that are inimical to the true value and meaning of marriage and family.

“The bishops,” Cardinal Sarah said, “need to identify themselves with the truth and to get their political leaders on the continent not to endorse laws and policies that go against the sanctity of marriage and family.”

The meeting was organized by the Symposium of Episcopal Conferences of Africa and Madagascar (SECAM) on the theme, “The Family in Africa: What Experiences and What Contributions to the XIV Ordinary Assembly of the Synod.”

“Africa will speak with one voice at the next Synod – with one voice we will present the challenges and successes of family life in Africa,” SECAM president Archbishop Gabriel Mbilingi of Angola assured the assembled prelates.

Among the presentations at the meeting, Cardinal D. Berhaneyesus Souraphiel of Ethiopia emphasized the importance and relevance of the voice of Africa at the Synod on the Family.

“Bishops of the continent … have clear and concordant ideas, and can go forward methodically and courageously, with the consciousness of a great mandate: to build up the Church!” said Cardinal Souraphiel.

After the presentations, His Eminence Christian Cardinal Tumi, Archbishop Emeritus of Douala, Cameroon, invited the future Synod Fathers to remain united and not to be overly worried about the false new doctrines that destabilize the Church.

In the same vein, he called for a rejection of the language used by movements that advocate the destruction of the family in order to avoid legitimizing them.

“We must start from faith, affirm it and live it in order to evangelize the cultures in depth. The Church in Africa must feel solidarity with sister churches of the West, who now live a drama on the level of the families that increasingly are being questioned by ideologies that are deadly to the family,” said Cardinal Tumi.

In the closing communiqué of the meeting in Accra, the bishops of Africa said that at the upcoming Synod on the Family they would offer “a clear affirmation of family and marriage values ​​according to the Word of God and the doctrine of the Church.”