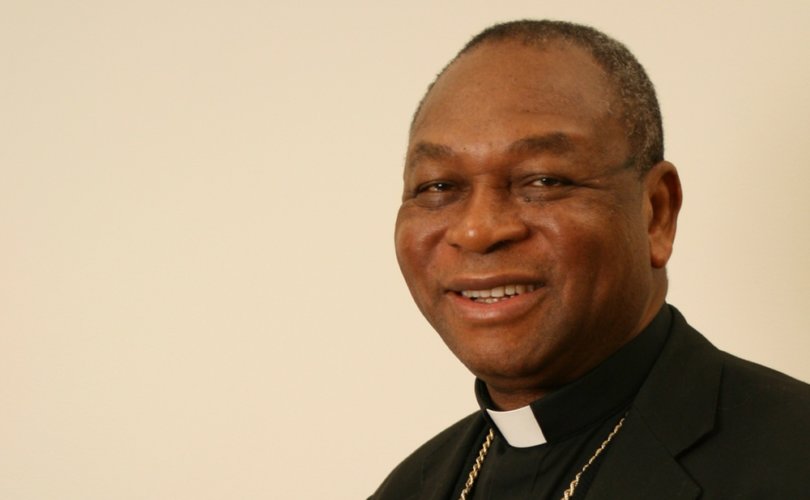 March 7, 2018 (LifeSiteNews) – An African cardinal said he is “astonished” to see the church in the west fixated on “remarried” divorcees and on welcoming homosexuals and not on the bigger problem of empty churches.

In a March 2 interview with the Austrian public service broadcaster ORF (Österreichischer Rundfunk), the Nigerian Cardinal John Onaiyekan — who is archbishop of Abuja, Nigeria — said he was “astonished that these are the themes that people [in Europe] are concerned about,” referring to the topics of “remarried” divorcees having access to the sacraments as well as homosexuality.

Europe should be more concerned about the sad fact that “the churches are getting more and more empty and that many people are not any more coming at all.”

While Europe is increasingly secular, the Catholic Church in Nigeria is growing.

When it comes to the question of the practice of homosexuality, the cardinal said there exists a resistant consensus among Christians and Muslims in his country. Onaiyekan explained that homosexuality is rejected in many African countries, including Nigeria, and is even legally forbidden.

The Church should not “demonize” homosexual people, he adds, but the Church's doctrine is, for him, very clear in this matter, “and to deviate from it is not an option,” in the words of the ORF report. The cardinal also insisted that it is not a sign of backwardness when the Catholic Church in Africa refuses to “approve” of homosexuality.

The acceptance of same-sex relationships in Europe and North Africa is “not progress,” he said.

When touching upon the controversy concerning Amoris Laetitia and especially “remarried” divorcees and their possible access to the Sacraments, the Nigerian cardinal said that he explains to such couples that, while they may not receive Holy Communion, they are still encouraged to come regularly to Church.

“I tell them: 'You are not excluded.'” Onaiyekan admits that it is sometimes difficult for him to keep some of these couples away from the Sacraments, especially when one of the spouses had been simply abandoned.

“Often, we cannot reach people with our ideals, but that is not a reason for the Church to throw them overboard,” he said.

It is not the first time that Cardinal Onaiyekan gently defends the Church's doctrine on marriage and the family. In 2015, the Nigerian cardinal himself had contributed an essay to the Eleven Cardinals Book concerning this same topic. At that time, he tried to convince the upcoming second Synod on the Family to steer away from both the topic of homosexuality and of Holy Communion for the “remarried” divorcees:

The synod [on the family] has not been called to decide whether or not divorced and remarried couples may receive Holy Communion. This is certainly not the purpose of the synod. Nor has the synod been called to discuss the issue of homosexuality and whether or not two Catholic men or two Catholic women can present themselves at the altar for marriage. […] These are issues that are already clear in our doctrines. Synods are not called to change the doctrines or teachings of the Church.

In his March 2 interview, the African cardinal also touched upon the problem of priestly vocations in the West.

“One should talk about the question as to why there so few men who wish to become priests,” Cardinal Onaiyekan said.

“The fact should also worry us that it is not any longer clear what it means to be a Christian,” he added.