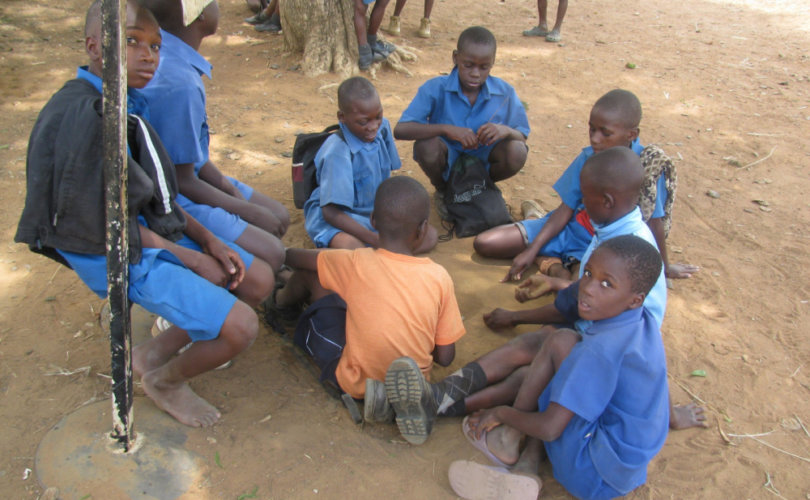 (LifeSiteNews) — The UK government is funding an experiment to assess the effect of eating “insect-based porridge foods” on the nutritional status of children in Zimbabwe, a practice being pushed by environmentalists as a “sustainable” diet choice.

The United Kingdom Research and Innovation (UKRI)-backed project is feeding poor elementary school children mopane worms and soldier termite flour on a daily basis for a year. The study will examine the effects of the insect supplementation on the children’s height, weight, and micronutrient status, as well as their cognitive function, as determined by their school performance.

The project summary notes that the insect foods are “culturally acceptable” in the African region, since soldier termite and mopane worm powders have been traditionally used by some Zimbabwean rural communities to avoid malnutrition during drought and poor harvests.

The experimental nature of the study is underscored by the project description’s statement that “the mechanistic link between insect consumption and health is missing,” despite its assertion that edible insects are “a valuable source of nutrients including essential amino acids, mineral content and essential fatty acids.”

The project description does not mention any potential negative health effects of regular insect consumption, which have been warned against by Dr. Joseph Mercola. He has pointed out that insects contain chitin, which, according to studies, is a “highly inflammatory and allergy-inducing compound.”

For example, University of California San Francisco scientists have found that chitin “triggers an allergic inflammatory response in the lungs of mice,” and are even researching whether some people are “more prone to asthma because they are less able to control their exposure to inhaled chitin.”

Their research raises the question of whether the UK government and all involved in the Zimbabwe experiment are aware that scientists are investigating the “hypothesis” “that chitin causes inflammation and allergy.”

Other safety concerns regarding insect consumption are raised by a study published in 2019, which found parasites in 81 percent of examined insect farms. In 30 percent of those cases (91), the parasites “were potentially pathogenic for humans.” The study called edible insects “an underestimated reservoir of human and animal parasites.”

While the UK-funded experiment aims to combat malnutrition, moves to demonize traditional farming and normalize the consumption of crickets and other insects globally have ramped up in recent years, in the name of more “sustainable” consumption habits.

A recent video by Business Insider has touted crickets as containing “more protein than beef, without any of the environmental damage.”

Lauren Keegan, former CEO and adviser at Entomo Farms, explained to Business Insider that the motive behind cricket farming came from the search by “a lot of manufacturers and entrepreneurs” for “safer, more sustainable protein sources to add to their product.”

Dr. Sarah Beynon, the founder of the Bug Farm in Pembrokeshire, told The Guardian in early September, “We are also actively encouraging people in the developed world to include insects in their diets.”

Microsoft founder Bill Gates, who is considered the largest private owner of farmland in the United States, in 2019 invested $100,000 into an insect-farming start-up, according to the WEF, which has asserted that bugs have “scope to feed the world.”