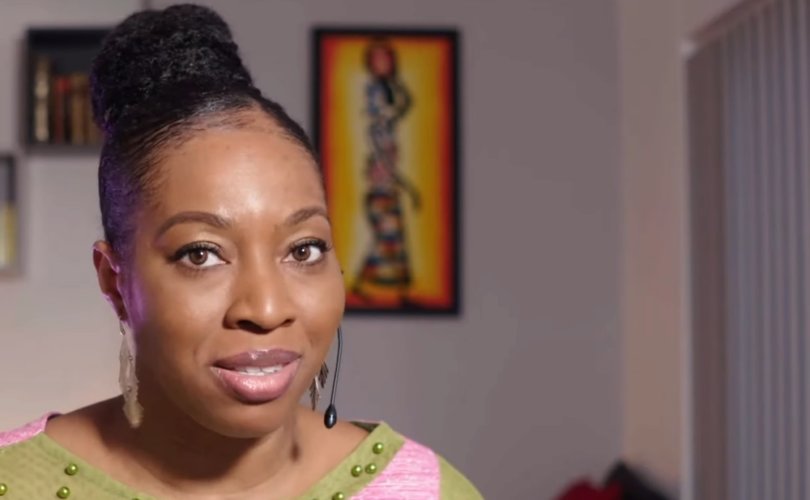 January 22, 2021 (LifeSiteNews) – The Canadian government under Justin Trudeau is no better than a “neo-colonial master” to the people of Africa when it uses its aid money to push ideologically-driven programs that are contrary to African values and culture, an African life-and-family leader said in a new documentary about Canada’s foreign affairs’ policy in Africa.

Author, filmmaker, and human rights activist Obianuju Ekeocha, who was born in Nigeria, told former Canadian Ambassador to China David Mulroney in the documentary that African people need aid, but not the kind of aid offered by Trudeau that goes against what it means to be an African.

“We have our way of life, we have how our society flows. There are gaps, of course, as far as finance is concerned, as far as poverty is widespread, but it doesn't mean that we don't know what it means to respect motherhood. It doesn't mean that we don't have our own thoughts as to how women are supposed to be the real heart of the home within society,” Ekeocha said.

“The Africans already have their thoughts and their views and values on these issues,” she added.

Ekeocha noted with sadness how the Canadian government under Trudeau brought aid to Africa that was not based on the real-world needs of the people but was based on Western ideas of what’s good for the African people.

“The Canadian government comes around with the force of money, and they are coming with their ideologies all already made up,” she said. Trudeau and his government “doesn't care about what the receiver or the recipient is thinking, or how their way of life is, they're just coming to impose upon us something that they have already preconceived in Ottawa and in Toronto.”

— Article continues below Petition —
PETITION: Hold UN accountable for babies killed by sex-selection abortion
Show Petition Text
14034 have signed the petition.
Let's get to 15000!
Thank you for signing this petition!
Add your signature:
Show Petition Text

Western donors, like the Canadian government, come with “an entire set of ideological views, ideological values on so many issues,” Ekeocha related. “Not only are they not listening to us, but they are really trying to create another region in their own image and likeness. So, someone comes with their ideology, (they) see the Africans, and they consider us like a cultural vacuum.”

“The paternalism is incredible,” she said.

Ekeocha said there is no better example of Canada’s “paternalism” in Africa than its strategy of bringing Africa out of poverty by eliminating African people through programs, backed by billions of Canadian dollars, that directly promote contraception and abortion in the name of “reproductive health.” Canada even attached the name “Feminist” to its International Assistance Policy that promotes contraception and abortion abroad. The documentary highlighted how Canada partners with pro-abortion organizations such as Marie Stopes International and Pathfinder International to achieve its goals.

“The Canadian government was very keen and very clear to the fact that they are now going to be making all efforts to make sure that abortion is accessible, and abortion is provided in all of these countries where they were funding things,” Ekeocha said.

Behind the Western push for contraception and abortion on the African people, according to Ekeocha, is an attempt by white elites to exercise “population control” on black people.

Ekeocha said she sees “population control” and “eugenics” as the “core” of the sexual and reproductive health projects being carried out in Africa. She says that while Western elites may not use the language of “population control” when speaking about their programs, the intended effect is the same, the elimination of people who are either “poor, or black, or brown.”

“Really what they've done is that they've recycled this idea, or this ideology, they have recycled it, put it through the washer, they have perfumed it with the good language and the nice language of ‘progress’ and ‘women’s empowerment’ and, you know, it would help ‘unlock potentials,’ as I heard in one Ted Talk show that was done by the wife of Bill Gates,” she said.

“So, they have this almost like florid language that they've used to boost up this whole new idea that is actually an old and washed-out idea. And now they've brought it back and they've made it the very core of a lot of their well-funded extensive projects that we see in Africa,” she added.

Ekeocha said that “no country should be able to come into another country and make their own dictates, make their own demands, or push the power of their money or their wealth.” She accuses Canada of doing exactly this.

“It's a horrible thing to see another country coming in and taking control like that and coming in and pushing their will in that way.”

Mulroney said it was “shocking” for him to see how “blatant” Canada has been in its abortion agenda overseas. “What we're saying now is what you're going to get from us is abortion, and that's shocking. And we've got hundreds of millions of dollars a year to spend to make sure that that happens,” he said.

Ekeocha said that Trudeau’s feminist-driven abortion-centered ideology is “dangerous for our people” and many Africans are “now beginning to see it.”

“A lot of African parents in a lot of African villages do not want strangers coming in to talk to their children about sexual matters, especially with the fact that how sexuality or intimacy is seen in different African societies is not the same way it is seen in Western societies.”

Ekeocha explained why abortion is so alien to African values and culture.

“African cultures, for example, believe in the bloodlines, that I am the product of my ancestors and I carry the blood forward of my ancestors. So, imagine how societies like that, that believe so strongly in the fact that we, in the present, we are connecting the past to the future generations — so, the past generations (being connected) to the future generations through the human life — will then completely reject abortion because you see that as a break in that kind of blood lineage.”

“There is such a high value that is attached to the human life. So, we have continued to reject this idea that abortion is in any way a good thing. Abortion kills. Abortion is an attack on the most vulnerable.”

Way out of poverty

Asked how the Canadian government could better assist the African people instead of promoting abortion, Ekeocha responded with “education.”

“Education is the way out of poverty,” she said. “We want better education and that is the one thing that is lacking across the continent.”

“What we continue to ask for is good education and not the so-called comprehensive sexuality education. When it comes down to it, what the Africans are always asking for is safe delivery of their babies and not so-called safe abortion,” she said.

Near the end of the documentary, Ekeocha encouraged concerned Canadians to “put pressure” on their Members of Parliament (MPs) to question Trudeau’s Liberal government as to why foreign aid is being used for projects that negatively impact Africans and their culture and values.

“It would be a shame if your generosity is not really getting to the point of improving lives but rather harming lives in the different parts of the world. You should do better. You should demand more from your government.”