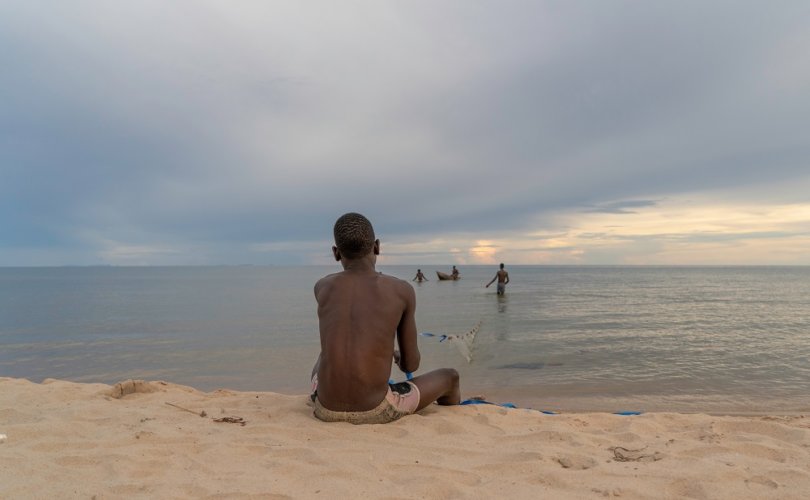 EAST AFRICA, April 10, 2019 (LifeSiteNews) — A 25-year-old man was found hanging from a tree earlier this month near Samuel Mabaso Village in the Mzimba district in northern Malawi, in what is thought to be a family planning–related suicide.

According to a local news source, Face of Malawi, he took his own life after having been ridiculed by his neighbors and even by his own mother because his wife was expecting a child less than two years after the birth of their first baby.

The press officer of the district police station identified the deceased as Lammeck Phangula, married, father to a daughter aged one year and nine months.

According to the report, news of his wife’s second pregnancy made Phangula and his family the laughingstock of his village because he had failed to use family planning — “and this did not please him.” He is said to have gone missing from the village around 10 o’clock in the morning and was found dead three hours later in the bush.

A postmortem was conducted, and the police said his death by strangulation secondary to hanging was related to the public stigma surrounding his family situation.

Phangula’s suicide is emblematic of the pressure bearing on many sub-Saharan  African countries to bring their birth rates down and curb population growth, which is presented as the main obstacle to development.

All sorts of methods are used to convince Africans that their poverty and suffering are linked to their flourishing fertility: lack of education of young women, health problems, maternal deaths, poor neonatal care, lack of food and other goods, and general misery are all ascribed to early pregnancies and numerous births.

Rather than offering better health services — in particular for pregnant women — and sound moral education to help preserve youngsters from premature sexual activity, international agencies and NGOs use their own networks and local government and education services to promote sex education and “modern contraceptives” as the only solution.

The Republic of Malawi is a small landlocked country lying between Mozambique and Zambia in the Rift Valley, with the Great Lake of Malawi forming its northern border. Its population of some 19.5 million souls still practices polygamy, although this is dwindling, and in some regions, including the Mzimba district, traditional tribal chieftains have been officially recognized as local authorities. Crime is rife. Per capita income is the second lowest in the world, at 342 dollars per year, although Malawi has many resources, both in the agricultural and mining sectors. Its beautiful scenery and biodiversity would probably attract more tourists if insecurity were not endemic.

Malawi’s problems certainly involve many issues other than population growth.

These last 30 years have been marked by increasing pressure in favor of contraceptives and sterilization. Marie Stopes International, one of the largest abortion-providers in the world, arrived in Malawi in 1987 and is now the largest non-profit provider of contraceptives in the country, covering 65 percent of the latter as well as “post-abortion care,” abortion being illegal in most cases.

Marie Stopes’s local initiative, Banja La Mtsogolo, repeatedly offers free contraception programs, financed in particular by UKAID, USAID, and the European Commission, and prides itself on having provided “more than 1.9 million modern contraception services to Malawian women since 2008, including over 300,000 long acting and permanent methods.”

Malawi also has a local Family Planning Association, FPAM, affiliated to the International Planned Parenthood Federation. It targets rural communities and young people, operating 53 mobile sexual and reproductive health facilities, working with the government and receiving funds from UNFPA, Japan, and UNICEF among others.

Reveals the IPPF’s website, “FPAM also provides youth-friendly SRH information, education and behaviour change communication materials to young people at 4 youth centres, and through schools. Peer educators use group discussions, theatre performances, publications and audio-visual materials produced by community reproductive health promoters to pass on the message about good SRH practice and access to resources. The distribution of contraceptives, pregnancy testing, the diagnosis and treatment of sexually transmitted infections (STIs) and voluntary counselling and testing (VCT) for HIV and AIDS are core to FPAM’s clinic activity.”

This means there is permanent and ubiquitous pressure on rural populations of Malawi to use long-lasting contraception. This includes propaganda, free transportation to family planning services, and the like in specially targeted rural areas.

Already in 1998, the World Bank approved US$5 million in funding to promote family planning in Malawi, together with funding by the Malawi State. “A pilot project will support contraceptive education and improved family planning services, especially in rural and other under-served areas of the country,” its site announced at the time, explaining that the objective was to reduce the “unsustainable population growth” linked to a birthrate of 6.7 children per woman.

Today, Malawi has a special Family Planning Costed Implementation Plan 2016–2020, which aims at raising the level of modern contraceptive coverage from 33 percent in 2015 to 60 percent by next year. It includes “demand generation,” which works at getting more Malawi women to ask for “modern contraceptives.” The program relies on USAID and the United Nations Population Fund and also works through massive propaganda. One of its priorities is to “expand youth access to accurate and actionable information and family planning services, and promote youth rights to make their own fertility choices.”

Little wonder, then, that young families in Malawi are being submitted to the modern equivalent of the pillory when they appear not to be obeying the dominant anti-life culture, where having a child is seen not as an enrichment, but as a shame. Lammeck Phangula ran afoul of that culture at the cost of his life.