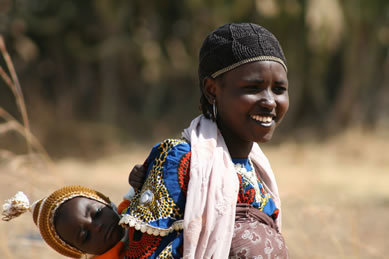 NEW YORK, November 6, 2015 (C-Fam) When the UN Security Council adopted its latest resolution on the role of women in international peacebuilding and security last month, a familiar clash of opinions surfaced—among women. In particular, feminists driving the international policies are on opposite sides of women living in the realities of war-challenged areas.

At a panel hosted by Liechtenstein, a well-connected feminist worried the emerging pro-family movement at the UN may conflict with her expectations for the Women, Peace and Security (WPS) agenda. Meanwhile, another panelist from Nigeria strongly urged the audience to be mindful of the cultural contexts within countries, calling attempts to impose cultural change as part of peacebuilding “not sustainable.”

“Right now, feminists stride the halls of power,” said professor Anne Marie Goetz, formerly of UN Women. However, she said, a changing geopolitical landscape and the rise in violent extremism has resulted in the “reconsolidation of rather extremely conservative values.” She cited the recently-formed “Group of Friends of the Family” at the UN, describing it as being “about reasserting a romantic traditional, rather rigid view, a heteronormative view, of the family.”

Goetz had expressed similar concerns—that WPS activism was focusing too much on security and not enough on “attacking patriarchy”— at a conference last year, where she also admitted that the WPS documents do not mention abortion, though she insisted it was “meant” and “understood” to be included.

Goetz repeatedly stressed the importance of increased funding for international feminist groups, not just for specific projects, but because they “need access to international organizations and foreign policy establishments.” Elsewhere, Goetz described abortion as particularly under-funded, due to its controversial nature.

Her co-panelist presented a very different view. Joy Onyesoh, President of the Women’s International League for Peace and Freedom, spoke of women in Nigeria training their fellow community members in peacebuilding and preventing conflict at the local level. She spoke of how women organized to prevent violence during Nigeria’s most recent election, allowing more people, and women in particular, to safely participate in the political process.

She also described how women in northern Nigeria, faced with threats from Boko Haram, organized communication networks to send warnings between communities about potential danger, without any support from the government. “It’s not really all about funding,” said Onyesoh, “because for them, it’s a matter of survival.”

During the discussion portion of the panel, Onyesoh described Nigerian women using “their traditional roles as mothers, as caregivers, to talk to their sons and their husbands,” urging them not to join militant groups. “We have our own traditional ways of making our men stay at home, if we want them to stay at home.”

Goetz admitted that with the exception of what Onyesoh said, “it’s very difficult to find good examples of how to engage women in countering violent extremism” without visible external supports that would put the women at risk. However, she expressed misgivings about the fact that these initiatives relied on “a very essentialist role, a traditional role” of women as wives and mothers.”

Onyesoh ended her remarks with a strong plea to the international community not to make assumptions about what women on the ground actually need and want. She warned against interventions that would be unsustainable, and end up ostracizing female peacemakers from their own communities.