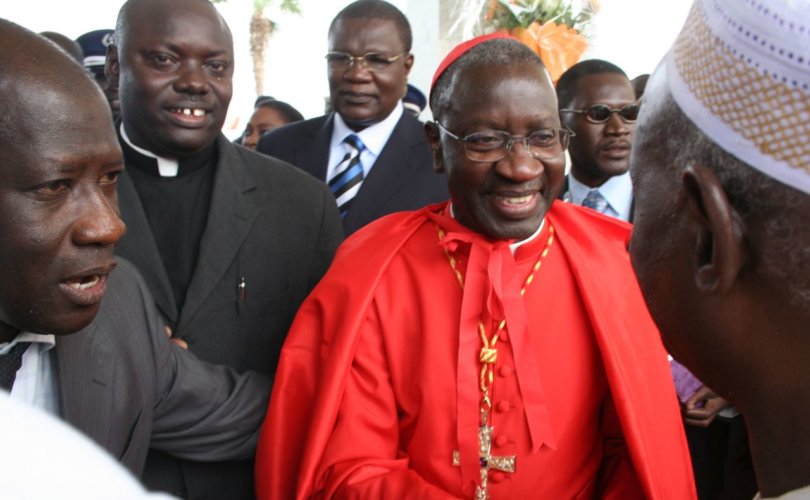 'We say that no, you can’t decide for the rest of the world,' warned Cardinal Théodore Adrien Sarr.

ACCRA, Ghana, March 30, 2016 (LifeSiteNews) — Africans will not accept Western dictates to condone homosexuality and gay “marriage,” a Senegalese cardinal told the press prior to a meeting of West African bishops last month.

“But we say that no, you can’t decide for the rest of the world,” added Sarr, past president of the Regional Conference of West Africa, which was meeting in the Ghanaian capital of Accra for its plenary.

Africans must be careful to not be indoctrinated to accept same-sex “marriage,” Sarr warned. “We also have our culture, traditions and so we need to avoid the several limitations of the Western world,” said the 79-year-old cardinal.

“We need to do things based in our traditions, our practices and customs,” he said. “…it is not because you accept it that everybody must also.”

Sarr emphasized that the Catholic Church does not “condemn people who are homosexuals.”

But the Church “cannot promote homosexual marriages because God created male and female for procreation, so the Divine order must be respected,” he said, according to News Ghana.

The Western world is losing its faith, and so could condone anything, Sarr said, and he urged Africans to lead lives directed by God’s word.

According to Ghanaweb, 16 bishops attended the plenary, the second for RECOWA since the Anglophone and Francophone episcopal conferences of West Africa merged in 2009; 150 bishops, archbishops, and dignitaries attended the opening ceremony.