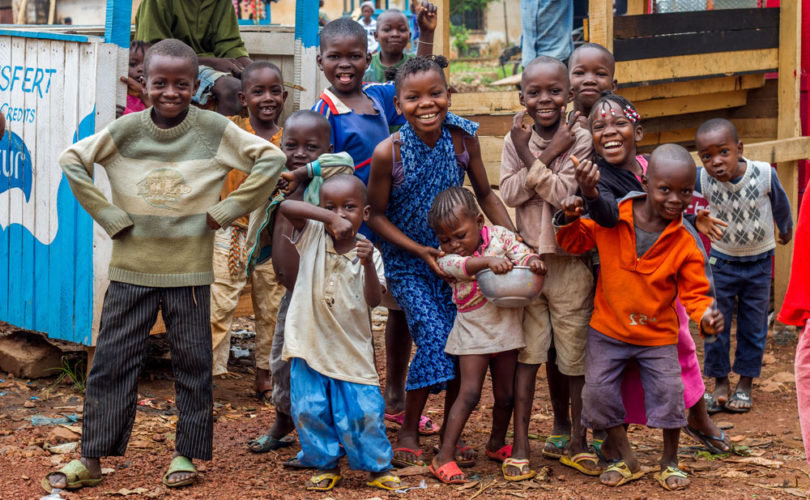 LUANDA, Angola, July 27, 2016 (LifeSiteNews) – Africa’s Catholic bishops strongly affirmed the traditional Catholic understanding that puts the natural family at the heart of the faith while exhorting individual believers and governments to resist anti-family policies pushed by the West.

“We urge all the member States of the African Union to resist all pressures from governments and organizations who want to impose anti-family policies on Africa. We are grateful to governments who, in the name of moral values and our culture, have dared to oppose such policies,” the bishops said.

Though the bishops did not give specifics, Father Shenan J. Boquet, president of Human Life International, told LifeSiteNews, “Much of this pressure comes from the United States. Hillary Clinton as Secretary of State and President Obama, along with other world leaders, have both threatened to remove aid unless Africa celebrates the LGBT agenda.

“Many authorities confirmed that the United States actually withheld crucial intelligence and military support from Nigeria against the radical Islamist group Boko Haram due to Nigeria’s unwillingness to celebrate radical gender ideology.”

The call to resistance was part of a final statement from the Symposium of Episcopal Conferences of Africa and Madagascar, convened to deliberate on “The African Family, Yesterday, Today and Tomorrow in the light of the Gospel.” Africa’s bishops affirmed the family, noted the social and political influences threatening it, and encouraged Catholic individuals and organizations along with secular governments to defend it.

“We reiterate the importance of the Family which constitutes the Domestic Church and the basic foundation upon which every society is built,” the bishops began. “As Pope Francis said, “The health of any society depends on the health of its families. … Indeed, it is into the family that the human person is born, grows and accomplishes his/her destiny. It is in the family that he/she receives the first education and acquires the values of his/her integration and fulfilment both in the communities and the Church.”

The bishops also listed a host of social problems besetting Africans, some imported and some indigenous, ranging from “precarious conditions and poverty,” through the “impact of the new information and communication technologies on family life, gender ideology, divorce, contraception, sterilization and abortion, polygamy, dowry, widowhood rites, and belief in witchcraft.

To counter these influences, they implored governments to promote “African cultural values, justice, fundamental rights of persons and families, including good management of the common good and to improve the life conditions of our people, especially the less favorable.”

In addition, they called on all the Christian associations and pastoral organizations for the family to engage themselves more in accompanying couples before, during and after the celebration of the marriage.”

And they asked Africans to infuse their family lives more deeply with the love of Christ, “to be a place of deeper human and spiritual development so as to become communities of life, prayer, love as well as agents of transformation for our societies.”