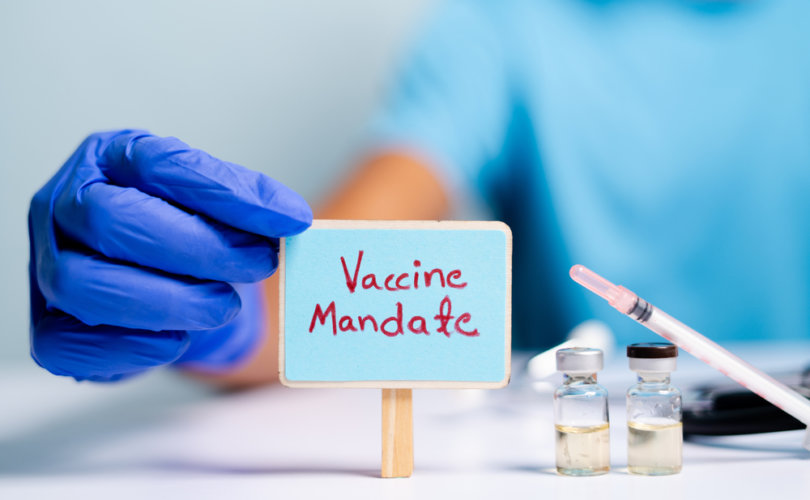 (LifeSiteNews) — The premiers of Alberta and Saskatchewan said mandatory COVID shots will not be coming to their provinces, arguing that getting a vaccine is one’s “personal choice.” However, both premiers have already introduced vaccine passports in their provinces.

“While we strongly encourage those who are eligible to get vaccinated, it is ultimately a personal choice that individuals must make,” added Kenney.

Premier of Saskatchewan Scott Moe said last Friday in a statement that in his province, vaccines are a “personal choice, not one imposed on you by the government.”

“The Government of Saskatchewan will not be implementing mandatory COVID-19 vaccinations,” Moe added.

The premiers’ remarks came as a result of comments from Canada’s Minister of Health Jean-Yves Duclos, who said last Friday that Canada’s provincial governments might soon introduce mandatory vaccination policies.

Alberta’s Minister of Education Adriana LaGrange recently said that under no circumstances would school boards be allowed to enact COVID jab mandates for students to attend class.

Duclos said that conversations with provincial governments over making COVID jabs mandatory to combat COVID variants will be coming soon. He also claimed that jabs are the only way out of the crisis. Duclos said that any mandatory vaccine policy would be up to each province.

He was recently appointed to his position by Trudeau.

Kenney’s and Moe’s promises to not mandate the COVID jabs come despite the fact both introduced vaccine passports in their provinces, in spite of earlier claiming they would not do so.

As for Moe, he said in September of 2021 while announcing a vaccine passport in his province that his government had been “too patient” with the unvaccinated.

Allison Kindle Pejovic, a lawyer for the Justice Centre for Constitutional Freedoms (JCCF), told LifeSiteNews she hopes Kenney “will honour his promise not to mandate the Covid-19 vaccines for Albertans” and not backtrack like he did with vaccine passports.

“Unfortunately, he has broken his promises before when he brought in the vaccine passport months after publicly rejecting it,” said Kindle Pejovic. “Mandating experimental medical treatments is unlawful, and Kenney ought to stand up for Albertans and their rights to control their own bodies. Anything less is a rejection of Canadian values and an embrace of a broken Canada.”

From 1910 until 2021, Alberta’s Public Health Act allowed a government to mandate any type of inoculation.

In all provinces in Canada, the majority of new COVID “cases” are in those who are fully jabbed.

Trials have never produced evidence that COVID jabs stop infection or transmission. In fact, they do not even claim to reduce hospitalization, but the measurement of success is in preventing severe symptoms of COVID-19.