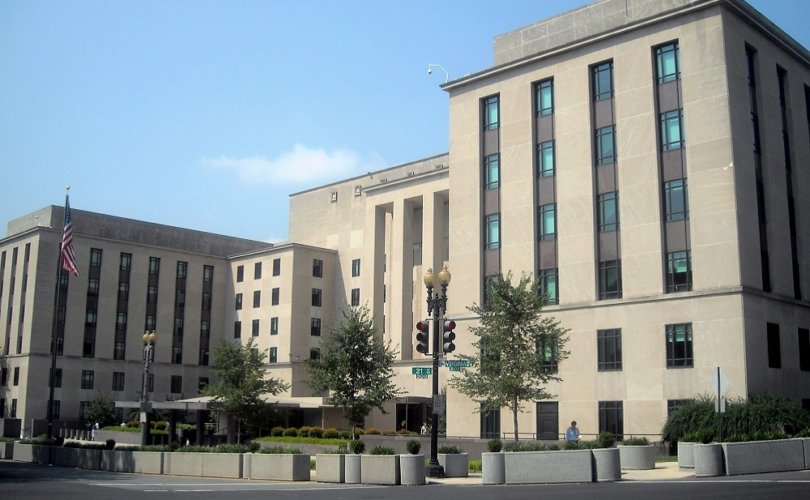 WASHINGTON, D.C., October 25, 2019 (C-Fam) — The State Department's top official for UN affairs will retire next month after five decades of public service, beginning as a combat-decorated Marine, and including U.S. ambassador to the UN in Geneva. His departure comes after an internal campaign against him by career staffers, propelled by the left-wing media, Democrats in Congress, and the State Department's inspector general.

The campaign against assistant secretary of state Kevin Moley, and his senior advisor, Mari Stull, began shortly after he was called out of retirement to assume his responsibilities in April 2018. Emblematic of the poor state of the bureau before he arrived, when he asked for a comprehensive list of Chinese Communist–occupied UN positions, trust funds, and other influence within international organizations, career staffers balked, took three months to respond, and turned in a single-page report.

Despite internal headwinds, Moley achieved an impressive legacy, including the most pro-life foreign policy the State Department has ever implemented. He put in place a strategy to curtail Chinese Communist influence at the UN, oversaw U.S. withdrawal from a “toxic” Human Rights Council and UNESCO, and de-funded the UN Relief and Works Agency. His leadership led to the reduction of overall U.S. assessments to the UN; penalizing UN agencies for violating whistleblower rules; and increasing transparency, through declassification, on reports of Palestinian “rights of return.”

Resistance to Moley's policy and management reform was swift, including from his most senior foreign service officer (the principal deputy assistant, who occupied Moley's position in an acting capacity before he arrived). A source familiar with events told the Friday Fax that Moley put a stop to the senior staffer's practice of wheeling out the liquor every Friday around 3:30 p.m. to conduct “vespers” for bureau staff. He asked her to stop passing out fuzzy toys at senior staff meetings that included personnel from the Secretary of State's office. According to our source, Moley also rejected as unethical her personal promises to award positions to her favored career staffers, personnel who did not certify as top candidates.

The senior staffer quit the department voluntarily and moved to the Management office on the seventh floor, the same office responsible for responding to inquiries by members of Congress and for handling IG investigations. Soon after, several news outlets began attacking Moley and Stull, citing “anonymously” leaked grievances by a senior diplomat.

Senator Robert Menendez (D-NJ) and the late Elijah Cummings (D-MD) cited the news stories as reason for an IG investigation, ostensibly based on the existence of a “loyalty list” that Moley and Stull used to “retaliate” against the senior staffer and other personnel. No list was ever found, despite a year and a half of accusations and a full IG investigation, which was published in October.

Instead, the IG report called for “corrective” action against Moley, claiming that the senior staffer and others left the bureau due to Moley and Stull's heavy-handed management style, a charge Moley and Stull flatly denied. The IG report cites “appearances,” “concern,” and “perception” of poor leadership in lieu of hard evidence for the claim. It acknowledges that Moley was within his purview in making personnel decisions.

Moley was awarded the Purple Heart and Navy Commendation Medal with V for valor in the Vietnam War. He served as U.S. ambassador to the UN in Geneva in the George W. Bush administration, Deputy Secretary of the Department of Health and Human Services and HHS Assistant Secretary for Management and Budget, and Vice Chairman of the President's Council on Management Improvement in the George H.W. Bush administration.

Ambassador Moley sent an email to his staff last week announcing he will return to retirement on November 29th, his fiftieth wedding anniversary.