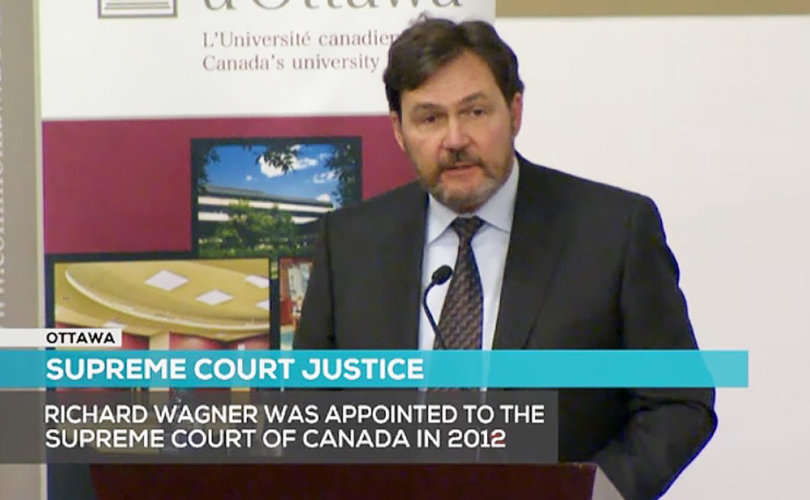 TORONTO, August 4, 2017 (LifeSiteNews) — Supreme Court Justice Richard Wagner says he didn’t mean to exclude LGBTQ groups when he culled the list of associations wanting to intervene in a pivotal religious freedom case that Canada’s top court will hear at the end of the year.

That case concerns Trinity Western University’s proposed law school, which allegedly would discriminate against homosexuals because it requires its students sign a community covenant that includes agreeing to refrain from any sexual relationship “that violates the sacredness of marriage between a man and a woman.”

But after LGBTQ organizations took to Twitter last weekend to protest, Wagner realized he’d made a wrong call, he told the Globe and Mail on Wednesday.

So did Chief Justice Beverley McLachlin, who took the unprecedented step of changing Wagner’s order on Monday to include all 26 groups that applied to intervene.

Justices don’t give reasons for why they accept or reject interveners who are not directly involved in a dispute but are interested parties.

But in another unprecedented move, the Supreme Court this time issued a press release explaining the reason for the change, and Wagner made his case to the Globe.

He had pared the list of 26 would-be interveners to nine to fit a one-day hearing, and thought the LGBTQ view was well represented, Wagner told the Globe.

With the order now changed, in addition to LGBTQ groups, pro-TWU groups, such as the Catholic bishops and the Catholic Civil Rights, will now be addressing the court.

“Many of us were bewildered not merely by the original decision of Justice Wagner from July 27, but the variance made by CJC McLachlin on July 31,” says CCRL president and Toronto lawyer Phil Horgan.

“It is disturbing to think that social media complaints over the weekend from particular groups had the impact of changing the court's position,” he told LifeSiteNews in an email.

“I prefer to think that the court recognized the importance of the case, and relaxed the hearing schedule by adding a day to the appeal, so as to accommodate a longer list of intervenors,” Horgan noted.

A Christian college on B.C.’s west coast, TWU had planned to open its law school by 2016.

But that has been pushed back to at least 2019 because the law societies in Ontario, B.C., and Nova Scotia ruled they would not recognize TWU’s future graduates on the basis that the school honored its faith principles by discriminating against LGBTQ-active persons for admission into their programs.

Trinity Western went to court, winning in B.C. and Nova Scotia but losing in Ontario.

The top court will now hear two appeals on November 30 and December 1.

The case has great significance for religious freedom and the role of Christians in public life.

“Trinity Western is entitled to maintain its religious views, including its position on a biblical understanding of marriage,” Horgan told LifeSiteNews.

“That view is shared by the teachings of the Catholic Church. Are Catholic lawyers to be denied accreditation or entry into professions for having such views?”

Moreover, “Catholic institutions of education, or healthcare, likewise should not be compelled to have key teachings suppressed, in order to participate in the public square,” he  added.

The CCRL and Faith and Freedom Alliance, “in conjunction with Archbishop Michael Miller of Vancouver, have proposed to make submissions on the importance of, and recognition of, authentic pluralism,” Horgan said.

In other words, “Canadian law and society is comprised of differing viewpoints, and dissentient views should not be excluded from participation in the public square.”